Half-Life 2 is a singleplayer first-person FPS game in the Half-Life series.

The retail release was published by Sierra Entertainment up until the publisher lost all publishing rights to Valve's titles in 2005. Valve subsequently partnered with Electronic Arts to distribute later retail versions of the game and future titles. The macOS X version was released in 2010 and the Linux version later in 2013, both coinciding with the launch of Steam on their respective platforms.

Like most of Valve's library, the game still receives bug fixes and general maintenance updates. It also enjoys a large community base, and various mods are released regularly.

A list of console commands can be found here.

An unofficial update that fixes bugs, improves the lighting, draw distance and adds new effects among others.
Standalone; uses a separate installation folder, separate save and configuration files, and separate Steam AppID.
Does not include newer official updates, follow this guide or use this to update the game. 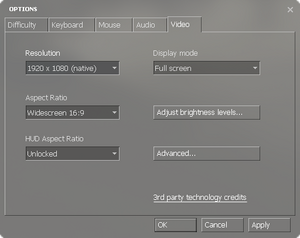 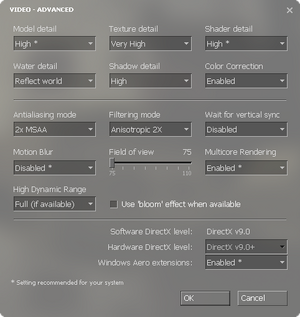 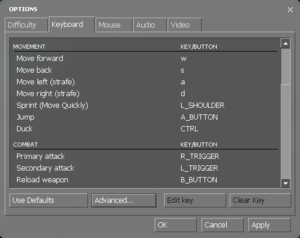 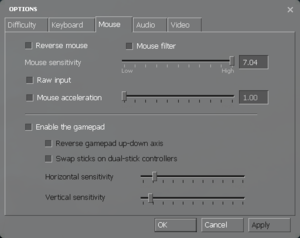 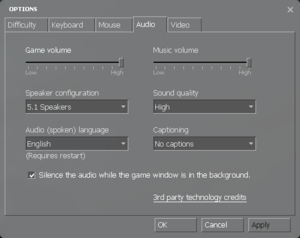 TweakGuides has created a comprehensive guide for fixing issues in this game which can be found here.

No lighting after Black Mesa East

Not enough space on disk (retail)

Having SELinux enabled can cause certain music and sound effect files to not play when on Fedora Linux.

A list of command lines can be found here and here.

An unofficial port of the Japanese arcade version.
This mod does not require Steam in order to run, but it requires you to use old files from Source SDK Base 2006. Click at the link above for more info.

Enhances visual effects, weapon animations, sound, and gunplay. Most features can be toggled on and off.
Compatible with all official Half-Life 2 titles and MINERVA and the FakeFactory Cinematic Mod. Compatibility patches made by the community for other mods and games based around the Half-Life 2 gameplay and various other addons can be found here.

Textures for all NPCs, some weapons, some items, some crates, and some vehicles, upscaled with Topaz A.I. Gigapixel.
Upscaled textures are faithful to the original textures.
Works with Half-Life 2: Update.
Large download at over 6.5 GB, including patches. Around 12.5 GB once extracted.

The original system requirements were as follows: Windows 2000/XP/ME/98, a 1.2 GHz processor (2.4 GHz recommended), 256 MB RAM (512 MB recommended), DirectX 7, and 4.5 GB hard disk space
Windows 98SE, ME, and 2000 were previously supported operating systems for the game, but as future updates for this game and Steam occurred; the support for these operating systems were dropped with non-Collector's Edition retail copies.
Must be run without Steam to play on XP and Vista.