From PCGamingWiki, the wiki about fixing PC games
This page may require cleanup to meet basic quality standards. The specific problem is: Overly detailed, awkward non-standard layout.. You can help by modifying the article. The discussion page may contain useful suggestions. 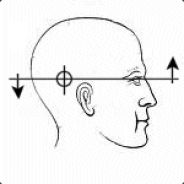 Y-axis inversion is an alternate to whatever are generally defined as the standard camera controls for a game. Standard camera controls normally have the 'looking up' control mapped to a mouse or controller being pushed forward. Y-axis inversion has the opposite action, where mouse or controller being pushed forward results in the camera being pointed down. This is also the standard control scheme for most flight simulators with joystick controls, and many PC gamers transferred this control scheme over to other games which involve any type of camera control (including first and third person three dimensional games). Therefore, the vast majority of games have an option to toggle from standard to inverted camera control.

Generally speaking, the PC gaming community will modify popular games if they lack a y-axis inversion option. However, some games are not mod-able in this fashion, and requires more brute force methods of enabling y-axis inversion on a system-wide level.

SakasaMouse is a freeware program was developed as a 'joke' program to install on the victim's computer, which would invert all mouse movement on y-axis as well as x-axis. However it is one of the few freely available programs which can invert the y-axis globally on modern versions of Windows.

Version 1.03 was last updated on 29 October 2006, and has been tested to work on Windows XP, Vista and 7 and also in its x64 variant. It is available to download on ARA's website (a Japanese website).

A display of the mouse drivers in the .zip.

This driver is a utility developed by MAF-Soft, which works by installing a driver over a specific mouse. Its x64 variant is in beta, and does not support USB mice, and the x86 version will not work on x64 Windows. The personal license costs €12.

Once the driver is installed, y-axis inversion can be activated using these steps:

A version without the use of a middle mouse button is available by contacting the author of the driver.

Some work has been done to develop y-axis inversion as an AutoHotkey script. However, this has some issues when used in DirectInput games.[1] 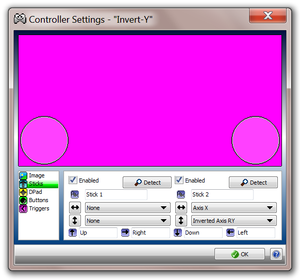 I tried many options above to get my y-axis to invert only when middle mouse button was clicked. I tried all the above and failed. I finally got this to work on Battlefleet Gothic: Armada! Turns out what I had to do was use a combination of the two. Credit goes to this guy (sorry I don't know how to put a reference in but I'm so excited I had to share). Just change RButton to MButton in the autohotkey script. So simple. 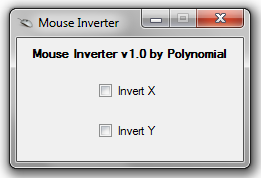 Polynomial's Mouse Inverter was created as a solution for a StackExchange user who needed inverted mouse drivers for a dyslexic user.[2] It was created and posted on 30 March 2012, and it is compatible with Windows x64.
Requires the Microsoft .NET Framework 4.0 to run.
It is the most recently developed y-axis inversion hack, and is currently the best and most user-friendly way of inverting the y-axis.[3]

Does not load the inversion by default when you run for the first time (unlike SakasaMouse).
Not designed to work with multi-monitor setups. It will not allow you to move the mouse outside of the current primary screen.
Due to technical limitations, you will also be unable to move your mouse within 2px of any screen edge whilst inversion is enabled.

Xpadder can be used to invert the y-axis of the right analogue stick by setting the 'Stick 2' vertical movement to 'Inverted Axis RY'. It may be necessary to override the game's native controller support for this to work.

Durazno is a XInput wrapper that simply sits between the controller and the game so as to allow for input customization.