Half-Life: Opposing Force is a singleplayer and multiplayer first-person FPS game in the Half-Life series.

As of July 2013, among other fixes, Opposing Force was updated with SteamPipe integration, with its original soundtrack added back in-game.[1]

SafeDisc retail DRM does not work on Windows Vista and later (see above for affected versions).
Demo
All non-Steam releases can be redeemed on Steam.

The High Definition Pack[4] was created by Gearbox and first released alongside with Blue Shift on June 12, 2001. It was released for free on Steam on August 30, 2005, with a fixed version released a year later. This pack replaces most weapon and player/enemy models with higher polygon versions, substantially altering the style of some of them in the process. The option to enable the pack in-game is in the options menu, and the game must be restarted for it to take effect.

Opposing Force's main menu, among other parts, was heavily changed with the game's transition from the WON (World Opponent Network) system to Steam. A mod was released by Reddit user HowardHeyman. It restores the look of the original Opposing Force menus, but without text subtitles, animated backgrounds, nor various options windows to keep within the Source Engine's assumed limits. The mod also adds main menu music from Opposing Force's own soundtrack. An alternate download link can be found here, on GameBanana.

The menu also adds the "Custom Game" feature that was present in the WON version, where the player could select from an in-game menu to switch mods in-game. This feature is disabled by default in the Steam release, as Half-Life doesn't have true native support to allow run time switching, and, according to Alfred, the engineering effort to fix the function is better spent elsewhere.[5] 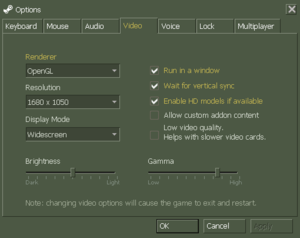 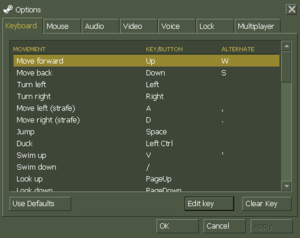 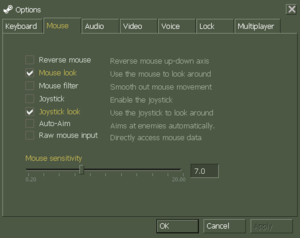 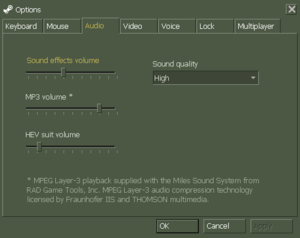 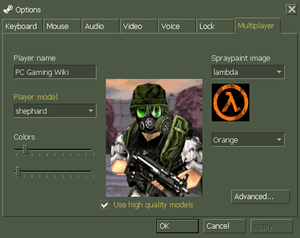 For more information, see the "Half-Life Dedicated Server" section of our GoldSrc article.