Internet connection required
Interaction with real players
Strangers can ruin the experience by cheating, griefing or verbal abuses
Many server or client side connection problems can occur

Online play, also known as Online Multiplayer, refers to a mode in which multiple players can play a game together or against each other over an internet connection. 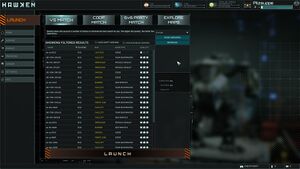 The latency (ping) determines how long the signal takes from the computer to the server and back. Actions in game arrive faster at the server if the latency is low. It can be very frustrating to play with a high latency, because the game becomes very unresponsive. Most players consider pings below 50 ms as acceptable, games usually become uncomfortable with a latency above 100 ms.