Final Fantasy XV is is an open world action-adventure game in the Final Fantasy series that was developed and published by Square Enix, with assistance from HexaDrive and XPEC Entertainment.

Originally released worldwide on Playstation 4 and Xbox One on November 29, 2016, the game was later released on PC as Final Fantasy XV: Windows Edition which includes everything from Final Fantasy XV: Royal Edition, alongside many additional new features, gameplay, and story content such as new Nvidia GameWorks rendering effects not previously seen in console releases.[3]

A benchmark and demo are both available. The game also contains support for the Steam Workshop which is used for modding. An official Mod organizer is available here (for Origin and Microsoft Store) and Steam version via the Steam store.

Allows users to block certain input devices to prevent the game from hitching every time it loads the icon for another input device.
Lowers the Steam API overhead of the game; provides more stable frame render times and shorter loading times on certain hardware configurations.
Includes options that fix thread scheduling options in some threads, that causes starvation on graphics/audio threads.

Saved games from the Microsoft Store / Game Pass version can be manually transferred to Steam and Origin, see this reddit post.
The Steam and Origin versions do not respect a relocated Documents folder unless symlinks are used. 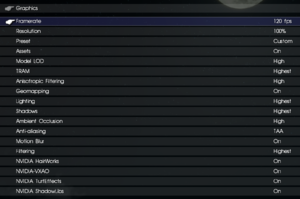 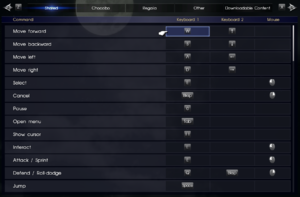 With release of v1.30 (June 24, 2020) some online features have been removed from the game while reportedly fixing the performance issues of the Steam version specifically introduced with update 1.25.[15]

If the paging file is set too low (such as a maximum of 2 GB), this can act as a performance bottleneck, resulting in frequent stutters while exploring. This is especially true if the system's RAM is 8 GB and under. Increasing the paging file size (such as from 2 GB to 8 GB) can drastically improve performance and reduce stutters.

This is an alternative to disabling input devices with the Special K mod, see Essential improvements. 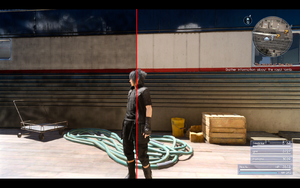 In-game screenshot showing graphical issues on the left and correct rendering on the right.

Playing the game in rather uncommon resolutions (4:3 or 16:10 aspect ratios) can cause rendering issues which are noticeable by odd shadows on top of textures and ghosting around characters (see picture). Multiple ways of fixing the issue are available.

Setting the "Fullscreen" option to "On" should enable exclusive fullscreen, however on some configurations the game may still run in borderless windowed mode. A possible workaround is to use the Special K framework (see Essential improvements) and select "Fullscreen Mode" in the display tab of the Special K control panel.[20]

Small edit to the responsiveness and longevity of flattened grass. Requires NVIDIA Turf Effects to be enabled.

This utility allows you to narrow the terrain blending (dithering) effect.