From PCGamingWiki, the wiki about fixing PC games
This page may require cleanup to meet basic quality standards. The specific problem is: The page needs a general cleanup. Better grammar, better intro, removal of outdated infos, and a lot more.. You can help by modifying the article. The discussion page may contain useful suggestions.

Final Fantasy XIII is a JRPG that was released on PC in 2014. It was developed and published by Square Enix.

The game was released in 2009 on PS3 and Xbox 360. The game offers radical changes of gameplay compared to past titles, such as the streamlining of elements like exploration and combat. The PC version offers a Japanese-exclusive easy mode.

The game has some visual glitches on resolutions higher than 720p, but unofficial fixes could help alleviate the problem, as the game was originally designed for the PlayStation 3's Cell processor, this port incorrectly processes all game logic on a single thread, the engine's resource management could also be broken, leaving the CPU and GPU to be underutilized. [1]

The Windows Store version has a different build of the game featuring a new launcher along with the addition of a "Quit Game" option, added to the game's party menu and pause menu screens.

Not compatible with the Windows Store version due to UWP restrictions
A mod that fixes low framerates on capable machines and uncaps framerate, features include:

The game features dual audio for the ROW release and has a separate pre-rendered cutscenes for both audio languages. Removing these cutscene files for either of the audio languages frees about 20 GB of space.[2]
Verification and updating by Steam will redownload the files.[3]

All in-game configurations are stored directly in the saved game data. Changes made while in the title screen are not preserved after loading a saved game. 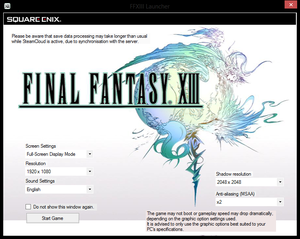 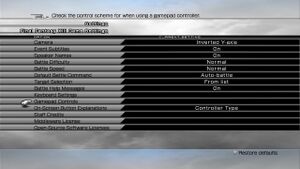 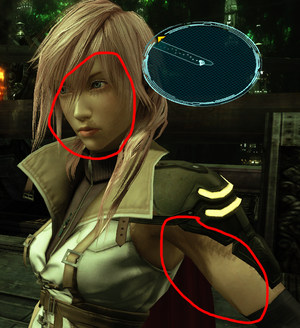 Example of pixelated and jagged shadows at lower shadow resolution. 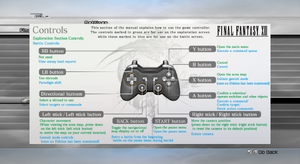 The menu section of Keyboard Settings. 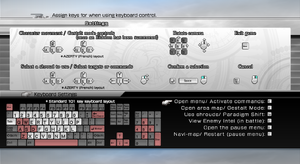 The menu section of Gamepad Controls.

The game comes only with gray Xbox button prompts, without differentiating colors. This mod restores PlayStation and colored Xbox prompts.

By default only the Asian version of the game has this option available. By patching the launcher, it can be unlocked for all versions of the game.

The game lacks the controller vibration support found in the console versions entirely.
This fix is incompatible with the Windows Store version of the game.

Xbox One Controller bug in menus

This issue seems to happen when using the controller in wireless mode.
This issue does not occur in the new Windows Store version of the game.

Display resolutions other than 1280x720 can cause certain text boxes to not render properly.
The Windows Store version of the game has this issue when the game is set to run in a resolution higher than 1920x1080.

The right analog stick doesn't move the camera, or other button assignments/bindings are completely wrong.

While there are several workarounds and fixes for inconsistent FPS (an issue not entirely unique to the PC port[12][13]), this may be due to issues within the game engine itself.[14][15]
The game also uses a custom frame rate pacer that locks the frame rate to refresh rate intervals similarly to Vertical Sync, but much more aggressively.[16]
The Windows Store version mitigates this issue to an extent, but the framerate is still inconsistent in certain sections of the game.

This issue is caused by the game's controller hot plugging function constantly searching if a controller is connected or not and timing out if it doesn't detect a controller, thereby causing the stutters. It fires an event every one second.
The issue has been fixed in the Windows Store version.

This is a bug that can occur on pre-Pascal Nvidia cards causing small black square artifacts to keep flashing on the character's hair. 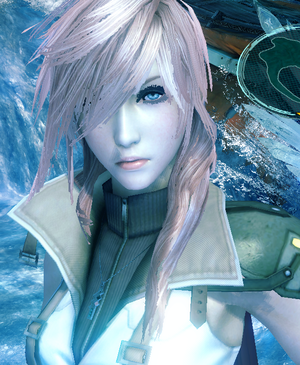 When antialiasing is completely disabled through system drivers or external programs, features such as eyelashes and hair display abnormally.

MSAA is required for proper alpha-to-coverage on hair and eyelashes.[19] On certain PC's the option is disabled from the driver side, resulting in this bug.

By default the game forces a 60 Hz refresh rate in full screen mode.

2560x1440 resolution breaks the game, making it look more pixelated than it should.[20]

The mouse cursor may appear on program launch and will not disappear.[21]
This fix is incompatible with the Windows Store version of the game.

The game crashes on certain resolutions when it begins playing the first cutscene in Nautilus.
Here is a list of resolutions on which the crash occurs:

Could not secure sufficient VRAM

This issue occurs when launching the game due to the inability to allocate the required VRAM.[24]
This error seems to occur if the game is launched with high graphics quality settings, 4 GB Patch applied, and the computer doesn't have enough system RAM to be able to handle the game. [25]

Symptoms of this issue include continuous cursor cycling through menu entries as if the user was pressing a directional button.

The game can crash on certain configs when saving with Steam Cloud synchronization active. This can also result in corrupted save files.
This issue does not occur in the Windows Store version of the game.

A mod which allows for subtitles in any language in any version of the game is available here.
Mods offering improvements like higher quality models, higher resolution textures and 4K cutscenes are available on Nexus Mods.