All versions require Steam DRM and a Square Enix account.

Replaces the default MIDI music with higher-quality tracks, similar to the PlayStation version. If you want orchestral music remixes, use Roses and Wine.

Alternatively, the PlayStation Music Mod (Easy Fix) is a very simple file replacement mod that adds the original PS1 music, and has a much more straightforward installation process. However, unlike the above two mods, this mod won't fix the issue with music restarting from the beginning when you go to battle and then return to controlling your character.

Replaces the blurry FMVs with better encoded versions based on the original PC release coupled with the uncompressed PlayStation audio. As of 2020, both the Mega.nz link and Google Drive link in the steam posting above are dead. However, the Mega.nz link on this Qhimm forum post still work.

Fixes the incorrect sounds during the GF Quezacotl's summoning animation.

Tonberry Enhanced is an essential mod which adds external texture support. This may cause issues with the Steam Overlay and the game may crash so disable it.

FMVs from the original PC release were re-encoded from 480p Bink format (with tons of macroblocking) to 720p VP8/OGG with additional post-processing resulting in a blurrier look.[3] See FMV Replacement Pack for a fix. 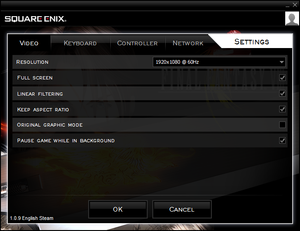 To run from battle, hold L3 and R3 (analog sticks).
Ctrl+R resets the game to the title screen. 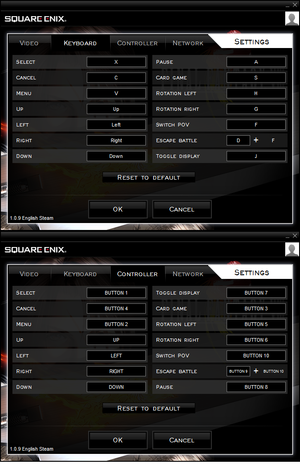