Shadow of the Tomb Raider

Shadow of the Tomb Raider was developed by both Eidos-Montréal and Crystal Dynamics and published by Square Enix. The game was ported to Windows by Nixxes Software and ported to both Linux and MacOS by Feral Interactive, who also published these Linux and MacOS ports.

The Windows version received a post-launch update in March 2019 that added support for ray traced shadows and DLSS 1.0.[4] Around the end of 2021, around one-and-a-half year after the last patch released, several patches were released upgrading the DLSS implementation to to the significantly improved version 2.3.2.0. Additionally an improved shadow denoiser for ray traced shadows, improved ray traced shadows on higher settings, fixes for compatibility issues with Intel GPU-hardware, updated multiplayer infrastructure to use Epic Online Services (without the need for an Epic account), removed Denuvo from the game, and several bug- and crash-fixes were implemented.[5] In September 2022, another update was released for the game, introducing support for XeSS.[6]

DirectX 12 is the recommended graphics API for the best performance.[7][8][9]

Denuvo Anti-Tamper DRM was removed from the Steam version on October 18, 2021.[10]
A demo is available on Steam. 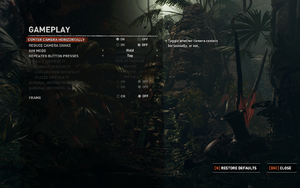 Any manual changes to the config files will be reset if settings are changed in-game.

Steam cloud save files are not cross-platform. That is, Steam won't synchronize save files, for example, from Windows when you're running the game on Linux or Mac. You can manually copy files across different platforms and try to load, but it might unlock random Steam achievements on load. 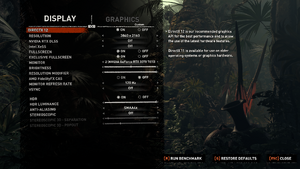 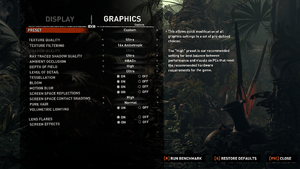 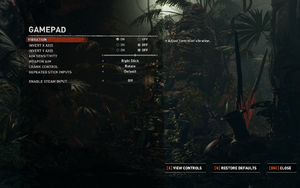 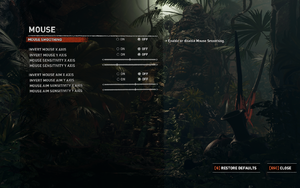 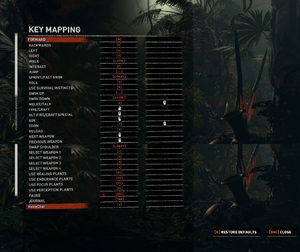 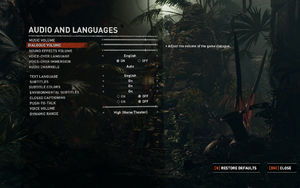 All languages have an option to turn on native voices for some characters to improve immersion. 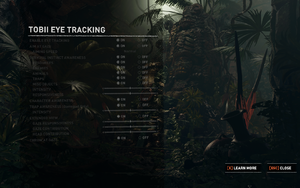 Stuck at the ix chel and chak chel puzzle[edit]

With a frame rate higher than 60, you can't spin the blocks with the numbers on them. Capping the frame rate to 60 fixes this. You'll need to leave it capped for the entire puzzle.[14]

A 64-bit operating system, as well as a Vulkan-capable GPU, is required.

The game runs on LGA775 processors, despite the minimum Processor requirements.