"Next Generation Content" option enables enhanced graphics based on the Xbox 360 release, but has bugs such as missing wetness effects on Lara as well as misaligned ropes and vines.[citation needed] 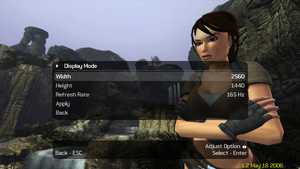 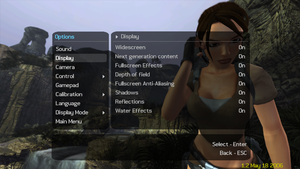 In-game MSAA (labeled as Fullscreen Anti-Aliasing) will disable shadows for the normal, not Next Generation Content graphics. For some reason, Next Gen graphics aren't affected by this. 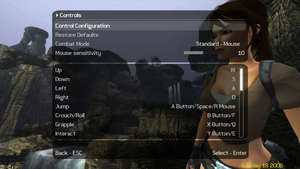 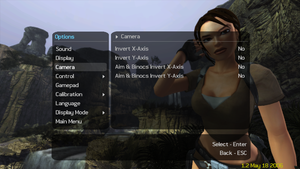 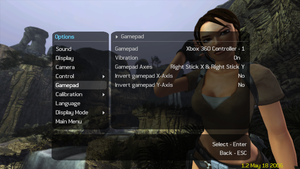 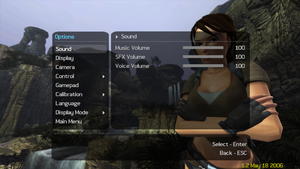 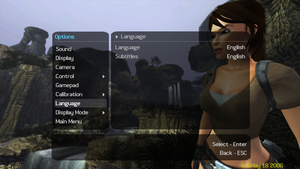 Game does not support the Steam overlay by default.