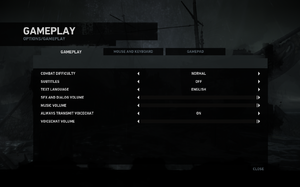 Save games are not compatible between Windows and OS X/Linux.[9][10] 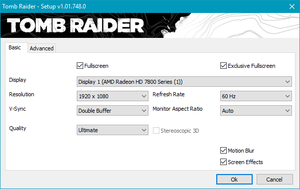 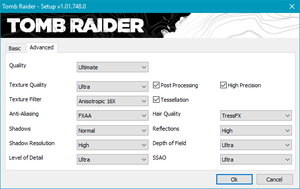 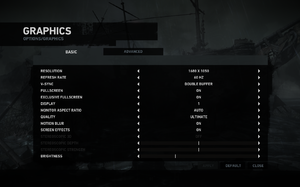 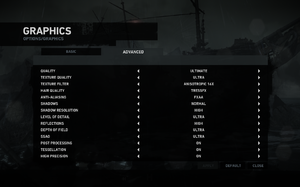 If you're using a keyboard without a number pad, you can use the On-Screen Keyboard. 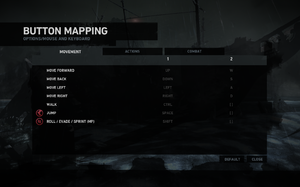 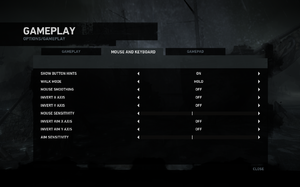 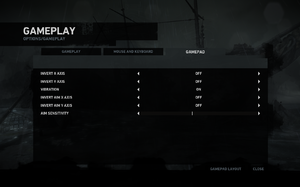 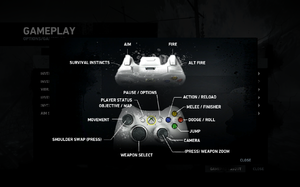 Multiplayer is not cross-platform between Windows and OS X/Linux.[12]
The Mac App Store version does not include multiplayer.[6]

Flickering and crashing with SLI or CrossFire[edit]

Crashing to desktop and issues with minimizing game[edit]

Static noise from music and ambient sound in the game[edit]

This tweak reportedly yields a higher framerate in seemingly CPU-heavy areas like the Shantytown hub through better core utilization.

Forcing DirectX 9 on Windows may result in better performance. However, DirectX-11-specific features (tessellation, TressFX) will be disabled. These steps are not for OS X or Linux (the game will not work correctly).

Based on in-game benchmark with DirectX 11 features (tessellation, TressFX) disabled for both renderers.

In some cases, a reduction in performance may even occur. Benchmark your own system before dedicating to a renderer.[23]

Tested on Intel Core i7 with HD6870 GPU, average of five measurements for each renderer.[24]

Many quick time events (QTEs) do not display the key required to complete them.
However, if you are actively using an Xbox 360 controller or other XInput-compatible controllers, the game will display controller button names and colors as normal.

Users with macOS versions prior to 10.14 can select the branch mac_1.0_32bit_only from the Beta tab on Steam. This enables the game to run with the legacy OpenGL backend on macOS 10.9.1 or higher.[25]