Features many graphical options with visual demonstrations for each.
On June 14, 2022, Capcom rolled out patches for modern Resident Evil games which added raytracing and 3D audio but removed DX11, forcing players to use DX12. After complaints of worse performance, a beta branch was made available to use the older version. Modders are in the process of converting their mods to be usable with the new version.
Default brightness gives the game a washed-out hazey look.[2] Those who prefer true black levels can use a guide here.
The game has dynamic color filters which will appear depending on the room, such as a blue tint. There is a mod for those who dislike them (read description carefully about the save load), although it currently is not available for the raytracing patch.
Enabling Shadow Cache may increase performance by 33%.[3]

Free demo on Steam: https://store.steampowered.com/app/1168280/Resident_Evil_2_RPD_Demo/
All versions require Steam DRM.
Bypassing the Steam DRM via .dll removal will create a new local save folder inside the game folder. Any DLC files present (if you own any) will not function this way, but game content introduced via patches (such as the "The Ghost Survivors" episodes) will.
Denuvo Anti-Tamper DRM was removed on December 18, 2019.[4] 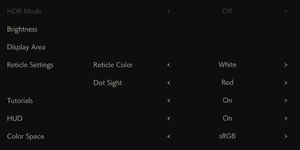 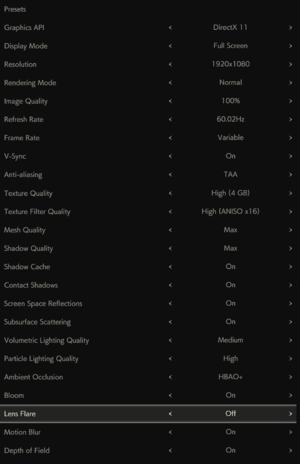 Resident Evil 2 has cutscenes in 16:9 along with gameplay. There is currently only one way to remove the black bars in cinematics only for resolutions 21:9 and above.

Even if you play at 60 or variable (uncapped) FPS, zombies still animate at a maximum of 30 FPS when they are far from the player.[8]

This may occur when the helicopter comes.[13]

The survival knife does variable damage based on the current frame rate.[14]

The game can display an incorrect amount of VRAM for you GPU in the graphics menu.[15][16]

Does not affect performance or available graphics options.
The game may warn you that you will experience poor performance in high settings, but as long as your GPU's actual VRAM is sufficient this is not true.

"This extra save data is not compatible and cannot be used"

Game becomes too dark/bright at times

Resident Evil 2 is known to have stutters for many players. Apart from the possible fixes under "Game becomes too dark/bright at times", another method is to increase the paging file size. Resident Evil 2 uses heavy resources on a PC's paging file, which acts as alternate virtual RAM.[19] If the paging file is set too low (such as a maximum of 2GB), this can act as a performance bottleneck, resulting in frequent stutters while exploring. This is especially true if the system's RAM is 8GB and under. Increasing the paging file size (such as from 2GB to 8GB) can drastically improve performance and reduce stutters.

The game has a dynamic difficulty system built in to it. The more you get hit and pick up healing items affect how much damage you do or take.[25]