Death Stranding is an open world action-adventure game for Windows developed by Kojima Productions and published by 505 Games. Directed and designed by Hideo Kojima as a departure from his recurring work on the Metal Gear franchise, Kojima Productions built the game on the Decima engine created by Guerrilla Games.

As of August 2022 the game is available exclusively on the Microsoft Store as other stores instead carry the newer Director's Cut version.

Originally released for PlayStation 4 on November 8, 2019 to generally positive critics reviews and subsequently announced for PC on the Epic Games Store and Steam with a release date of June 2, 2020, the date was later moved back to July 14.[1][2] Similarly to its console counterpart, the PC release was met with critical acclaim as multiple authors entitled it "the definitive version" of Death Stranding.[3][4][5]

On launch it featured 21:9 ultra-widescreen support, DLSS 2.0, high frame rates and adjustable graphics options, along with a new difficulty and crossover content in the form of quests and items from Valve's Half-Life and Portal series.[6][7][3] Following the release however it was reported that the game enforces the 21:9 aspect ratio unconditionally, resulting in slight pillarboxing at all common display resolutions loosely regarded as 21:9 ultra-wide despite their deviations from the exact ratio.[8][9]

On December 17, 2020 the game received crossover content in the form of missions, items, and hacking abilities from Cyberpunk 2077,[10] as well as a removal of the Denuvo Anti-Tamper DRM.

The game was eventually removed from sale in favor of the newer Director's Cut version released the very same day on March 30, 2022.[11] Several months after its removal from digital stores, however, 505 Games announced the base version would return for sale on August 23rd through the Microsoft Store, alongside a simultaneous release on the Xbox Game Pass for PC subscription service. [12][13]

Pre-orders include HD wallpapers, Chiral Gold and Omnireflector color variants for the "Sam" Sunglasses and Cap; Gold and Silver versions of the Speed Skeleton and Armor Plate Lv.2 and above. The in-game items are unlocked through story progression.[17]
Day 1 Edition contains a game code for Steam inside a steelbook and a slipcase, as well as all the digital pre-order bonuses. As of November 19, 2021 the Steam store version also includes the Day 1 Edition content. 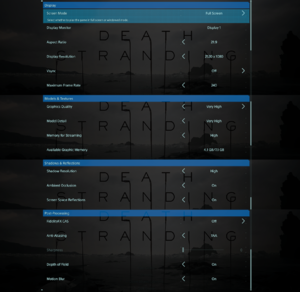 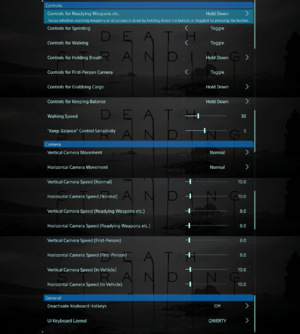 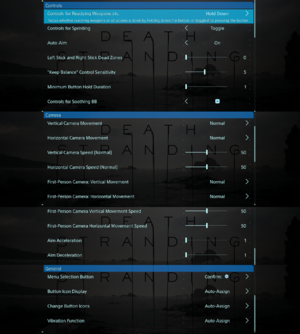 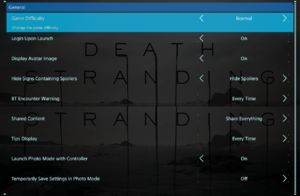 Using the fast travel system in chapter 3 may result in an infinite loading screen.

Using an Xbox controller may result in the game registering each button press more than once.

Resizable BAR may create CPU bottlenecks and cause lower than expected GPU usage and frame rate on Nvidia graphics cards.[41]

Cutscenes may be locked to 60 FPS on a 144 Hz display.[citation needed]

The Windows operating system version check can fail when compatibility mode settings are enabled on the Steam client's executable, even when using Windows 10 build 1809 or later.

A black screen may appear at the end of chapter 13, preventing further progression. The game must be forcibly closed.

The game may enable TAA on startup irrespective of the last anti-aliasing setting.

The game does not allow players to share their save data, displaying a "corrupted data" error.