Black Mesa is a singleplayer and multiplayer first-person shooter game created in the Source engine, and an unofficial reimagining of the original Half-Life from 1998.

Saved games cannot transfer between the mod release and Steam release. Use sv_unlockedchapters 15 in the console to unlock all chapters.[1] 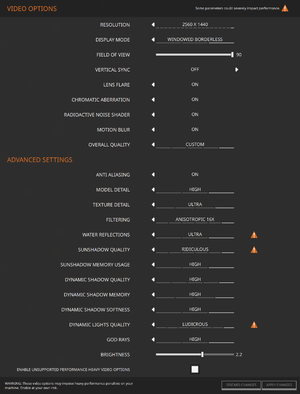 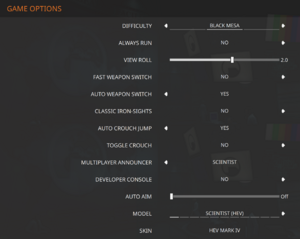 Note: It can happen in some languages that the interface cannot be set to the desired language because steam does not support the language but if the subtitles because the game does allow you to configure them

Chromatic aberration stays on even after disabling it through the video options. Its associate variable mat_chromatic_damage_enable doesn't work either.[6]

This is a known issue with the newer D3D11-based UI that couldn't be fixed.[7] It seems to happen with some versions of Nvidia drivers and not in others, and at random points won't bug out at all.[citation needed] It seems to happen when the game game is CPU-bound on both Proton as well as Windows.[8]

The game closes abruptly right after you hit play

Flashlight not working on Intel GPU

It is possible to run the game without starting Steam by running bms.sh

DXVK (Direct3D-to-Vulkan) can be used to improve the games performance.[14]

The game will stutter while the cache file is being generated for the first time.

Support for Windows XP has been dropped as of 2016, while the game can be played on Windows XP, limitations imposed by the OS 4 GB memory limitations will most likely cause performance issue and out-of-memory crashes.