All versions require Steam DRM.
Includes the campaigns of the original Left 4 Dead and its DLC.

Some content is censored in Australia and Germany. Install the official Uncensored DLC to remove the limitations. 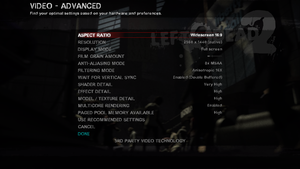 Works in multiplayer.
The default FOV value is 51. 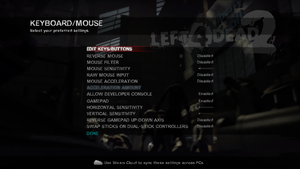 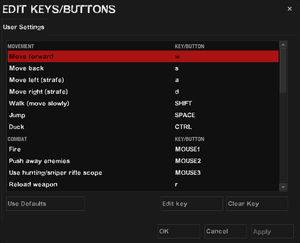 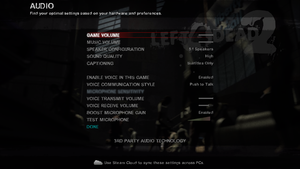 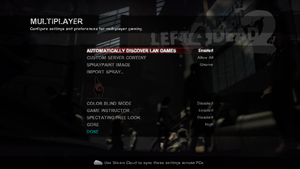 A list of useful console commands is available below.
If using a single 4:3 or 16:9 monitor, see Split-screen without bezels.
If loading bar is stuck, quickly pause and unpause game

Mouse and keyboard in split-screen

The file which needs be edited is packed. Minimal hex editing knowledge is required.

No music playing in main menu on Linux

Caused by shared library filename bug in Linux depot of the game.

A CFG is a file that contains a list of commands that will be executed when called. 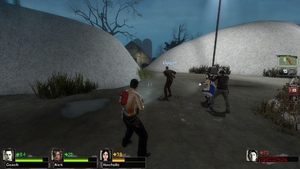 The game in third-person view, featuring multiple other modifications

Pressing F10 will toggle between first and third person after enabled.
A simplified setup can be achieved with the 3PS mod.

If playing using a controller and the text chat needs to be used (press Y) online, there are several methods. This also applies to the voting keys.

Some players may wish to remove the item glows and/or character glows since they are unrealistic and makes discovery of other players/items too easy.

Relevant only when using split-screen mode.

Windows XP and Vista were previously supported. As future updates for this game and Steam occurred, the support was dropped, even for retail copies.