Some content is censored in Germany. Install the official Left 4 Dead - Uncensored DLC to remove the limitations. 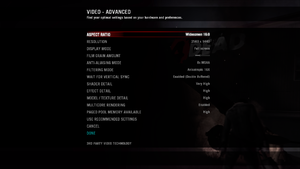 Split-screen mode was meant to be played on a single 4:3 or 16:9 screen. The image may not entirely fit the monitor with different aspect ratios.

FOV when playing in splitscreen is easily customizable inside <path-to-game>\left4dead\splitscreen_config.txt.
By default field of view cannot be changed. The only changeable option is viewmodel FOV. 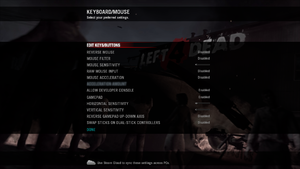 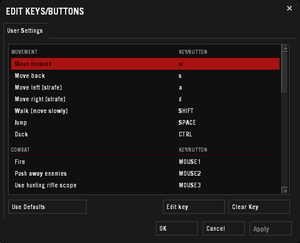 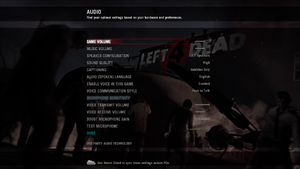 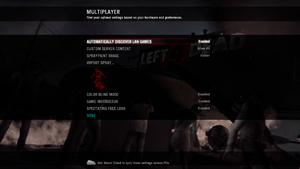 You can play Left 4 Dead over a local area network (LAN) connection.

A list of useful commands for split-screen is available below

When done save the file as filename.cfg in <path-to-game>\left4dead\cfg. To run the cfg file, open the console during the game and type in exec filename.cfg If you want the CFG file to run automatically, name it autoexec.cfg.