The game has multiple bugs (Bouncing NPCs, missing content...) that were never fixed. Many mods are available that fix most of these bugs, restore content and improve certain features. See Mods and Far Cry 2 Patched.

The Fortune's Edition is a complete edition containing the base game and the Fortune's Pack DLC.
Pre-order versions contained "Predecessor Tapes", additional missions that can now be unlocked using FC2 MultiFixer.

The patch removes the activation requirement and allows the game to be played without the disc. Only required for the Retail DVD version.

Fixes lots of bugs and developer oversights, as well as adding a couple of small features to improve gameplay.
Compatible with Steam, GOG, Ubisoft Connect and Epic Games Store versions of the game.
May reduce performance to some extent due to graphics changes.

A small program made by FoxAhead that allows you to toggle on and off essential fixes and tweak various parameters like FOV, unlocking missing DLCs, fixing the missing Jackals Tapes, Cheats and more - all in a user-friendly user-interface. Its biggest advantage over manual tweaks is that it does not modify the game's file or .dlls. Instead, your changes will be stored in a configuration file. This allows you to revert to a full vanilla state if need be. It is compatible with most mods, and is even bundled with the most popular ones like Redux. The link provided above explains in detail how to set it up. 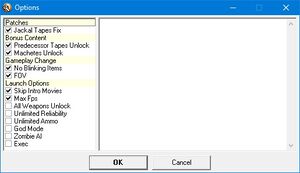 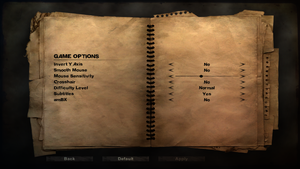 "Quicksave" button creates a new manual save each time, they don't overwrite each other. 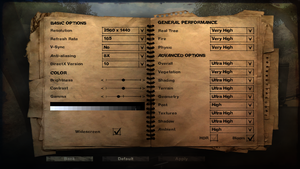 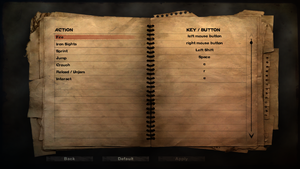 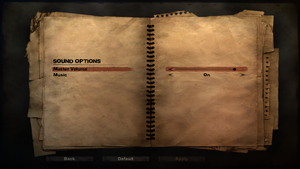 EAX 3.0 only used for indoor occlusion effects, not reverb. 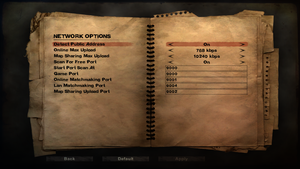 This happens if the "interact" key is rebound to anything other than the "default" (E). In order to exit the turret if key is rebound, E must be used.

When using DX10, using Bloom in combination with HDR (enabled by default in DX10) will cause a black square to fill parts of the screen in many different scenarios, but mainly when looking down. Disabling bloom also disables brightness adaptation, making it hard to see properly in dark areas but the only known workaround is to disable it, or play in DX9 mode.[11]

High FPS will cause errors in character animations. At very high FPS this can be a game-breaking bug as important NPCs can't complete their dialog to progress the story.

Sometimes when answering a call, the dialogue will be missing. You will still get the mission objectives you may get, but you miss out on the dialogue and potential tips.

Alt-tabbing out of the game may cause the resolution to reset to 1600x900.

Can also be fixed by either switching to the DX9 renderer(this has a decent hit to cpu performance but modern cpus will have no issue targeting 60 fps) or running the game in a window and using Borderless Gaming although this may lead to issues with G-sync/Freesync not activating properly.

Certain audio devices (namely older Realtek integrated audio chips) aren't compatible with the audio in the game and will reverse all channels or make the back channel primary and the front channel near inaudible.

Far Cry 2 clamps mouse speed once it reaches a certain rate. This can be problematic for player who use high DPI mice or low sensitivities.

Far Cry 2 uses a multithreaded renderer, meaning the rendering happens in a thread separate from the main game loop. This pipelining, which is performed by default, increases framerate substantially but at the cost of one frame of latency. Since Far Cry 2 needs to be framerate limited to avoid certain bugs, this tradeoff can be beneficial in cases where framerate is capped well below the system's capabilities, or in cases where the player values low latency over outright framerate.