If you are using a multi-monitor resolution in-game the secondary monitor can't be part of the spanned resolution. 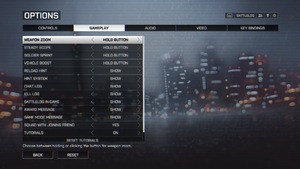 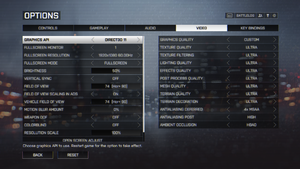 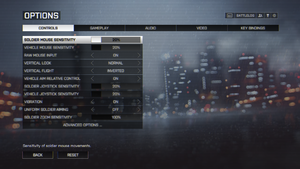 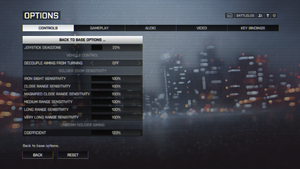 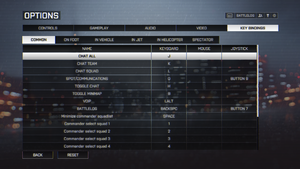 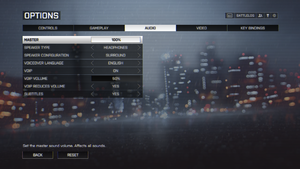 Mantle support was dropped after 19.4.3 causing launch errors if the user was trying to launch the game with newer Catalyst drivers. A workaround involves placing 19.4.3's Mantle DDLs into Battlefield 4's install directory.

PunkBuster issues may cause the game to become stuck on the black loading screen with the flashing indicator at the top-right, or cause you to be kicked mid-game by the server with or without the following error messages:

The Field of View slider "only affects multiplayer," as the tooltip says. To adjust FOV for singleplayer, a 3rd-party application can be used.

Launch console with ~.
You can have these commands run automatically, whenever you start the game, by entering them in user.cfg in the Battlefield 4 installation folder (the file won't exist by default, you can create it through a Notepad and save as a .cfg file).