Battlefield 2 is a singleplayer and multiplayer first-person action and FPS game in the Battlefield series.

Includes a new map, fixes bugs and exploits.
Includes prior patches.
The retail version of the Complete Collection is on this version.

The BF2Hub client allows the game to be played online after the shutdown of the GameSpy online service. 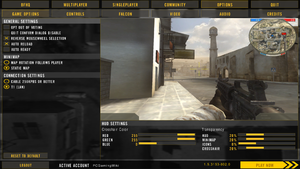 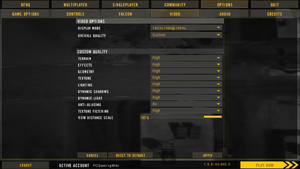 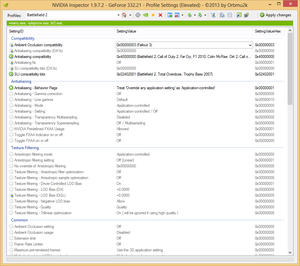 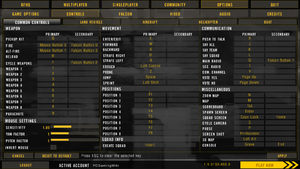 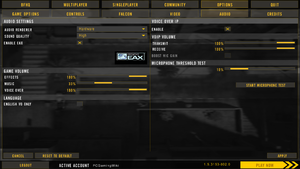 Only Creative X-Fi cards support surround sound by selecting Creative X-Fi as audio renderer in the in-game audio settings. This may lead to game crashes however. 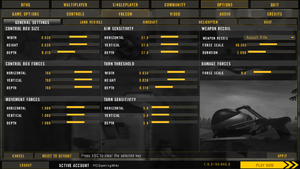 Battlefield 2 suffers from mouse skipping and acceleration when standing still and looking left/right. Skipping will not occur if moving forwards/backwards but will when strafing left/right.

There is no known fix for this.

Some maps fail to include the file Sounds.con which leads to broken EAX on X-Fi hardware and the X-Fi MB3 virtual sound card (see <path-to-game>\mods\bf2\Levels\Dragon_Valley\server.zip\Sounds.con). This file contains the line sound.setReverb "common/sound/levelambients/Openlandscape.eax" ("City.eax" for some maps).

Certain graphics card drivers cause visual issues with the game.[13][14]

Game crashes to desktop at launch

Game crashes when entering a game

Multiple input audio devices can lead to crash when entering a game. Remove all input devices like Bluetooth headsets the one.

Heat of Battle is a BF2 mod focused on delivering top-tier animation, sound, and lighting, as well as fast-paced, intense gameplay to make it more in-pair with modern releases in the series. Does not require BF2 to be installed.

A recreation of the console exclusive game.

The main goal is to improve original UI include Fonts, minimap icons, crosshairs etc. while still keeping the original look of the game.