A port of the PS3/Xbox 360 versions, as the PS2/Wii version differs from these versions.
Many graphical effects (including car shadows) are missing after patching the game.[1] Version 1.0.0.1 works as intended.

Steam uses v1.0.0.1 of the game; Origin uses v1.1.2.1.[3]
Steam's Origin key is stored in HKEY_LOCAL_MACHINE\SOFTWARE\Wow6432Node\Electronic Arts\ea games\need for speed undercover\ergc
DLC was not released for PC, but some of it can be accessed with mods.
The Origin version of the game will not run with dll loaded mods present and will quickly throw and close a "Security Module could not be loaded" message.

Patch 1.0.1.18 is the latest version. A patch for the Steam version is available here. Please note, this will render the Steam copy unable to load mods as it will fail securom security activation.

Fixes XInput implementation
Rebinding can be made only through .ini file, as for now entering controls settings crashes the game.
No force feedback feature yet.
Controls are reset to default

NFS Undercover Generic Fix can optionally save all registry settings to an .ini file as well as store user files in a specified folder 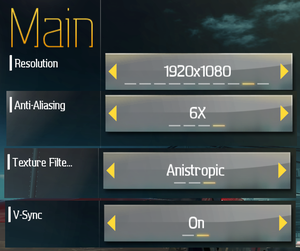 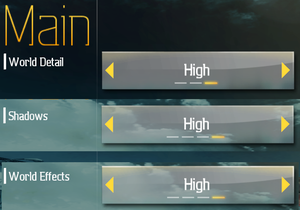 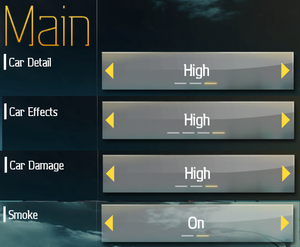 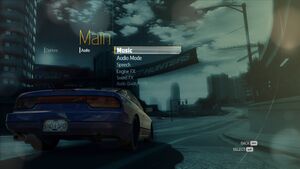 In languages with subtitles, they are on by default and cannot be turned off.

HD texture packs has been made by An7hraX and Dragozool. Both require texmod in order to work.

Changes: new responsive controls. Are flip turns necessary - Disabled the effect of yellow with SFX - Disabled the effect of trembling camera. - New texture of the sky. The saved effect of the dome, the sky now looks drawn. Now the reflections look more natural on all surfaces. - Fixed a glitch with the wheels, now tires have no Shine - Fixed the ground clearance on some cars - Changed some of the camera effects - Correctly built light source for daytime - Minor bug fixes.

The mod makes all performance upgrades availible for free from the very beginning. To fix this, use FE_ATTRIB.bin from the original game (<gamedir>\GLOBAL\).
The mod increases difficulty of the game making several missions nearly impossible to complete. There is no easy fix for that.

For visuals only, copy only modded InGameA.bun to <gamedir>\GLOBAL\ then use VltEd to apply this script.

Makes changes to the streak effect, contrast, and bloom.