Frame rate is capped at 30 FPS.[1] See High frame rate for a workaround.
Due to the OverWatch service was shut down in 2018, exclusive cars (Maserati GranTurismo MC Stradale for racer, Bentley Continental GT V8 for RCPD) are no longer obtainable.
By default, the game can not be paused, even in the single-player mode.

Browse to game install location "Need for Speed Rivals\Data\Win32", delete/rename videos.toc and videos.sb.
This breaks the games tutorial, as videos are required to start initial missions. 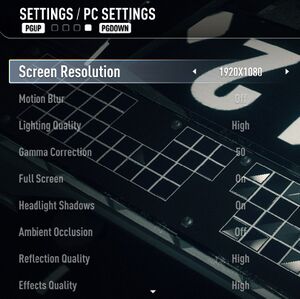 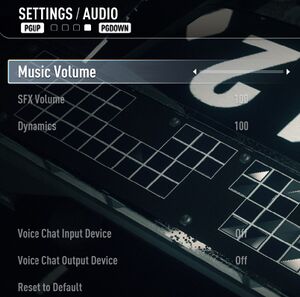 Game slows down, works in slow motion, or stutters, drops FPS heavily in some moments.

Original, recent version of binaries from Origin performs much slower than other ones with latest patch v1.3 (v1.4.0.0). It points to a problems with Origin DRM's implementation.

On rare occasions, the DLC cars may not appear in the menu. There is no known permanent fix for that issue, only a workaround exists.

Occasionally during game, all objects may stuck. Timer is still working, wheels are spinning, but game stops for a few seconds.

Especially on dual core processors, the game is unplayable in some extent due to substantial performance problems.

No middleware information; you can edit this page to add it.
Uses the Enlighten middleware for Global Illumination.