Need for Speed: High Stakes is a singleplayer and multiplayer first-person and third-person racing game in the Need for Speed series.

The Stock Pack is designed to improve the singleplayer experience in High Stakes, patching the game to the final version, fixing various bugs discovered since the game's support period ended and adding compatibility with modern graphics cards.

The Expansion Pack is designed to improve the multiplayer experience, with all of the improvements in the Stock Pack as well as adding support for the modern online multiplayer service made for the game and more cars and tracks used on that service on a regular basis. 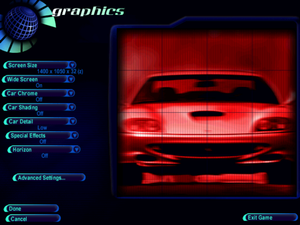 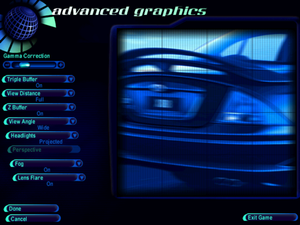 Mouse support is limited only to navigating menus. 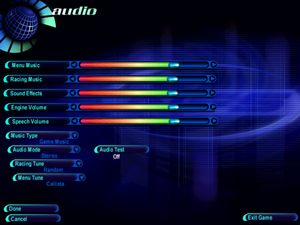 A Standard installation of the High Stakes Stock Pack fixes the known bugs in the game. See above. Individual fixes are given below for convenience.

When running the game on Windows XP or later, the game gives a 1 MB of RAM error and does not save progress or settings.

When running the game on Windows Vista or later, the game refuses to start, giving an Invalid Argument exception.

When configuring 3D acceleration using the 3DSetup tool, only Software Renderer appears in the list.