An official companion app was available for iOS; it was later discontinued.[6]
Many unofficial companion apps have been created by the community; a list is available in the game forums. Some apps feed data to websites such as EDDB, EDSM, and Inara, allowing users of these websites to view up-to-date market info and search for specific systems, among other functions. 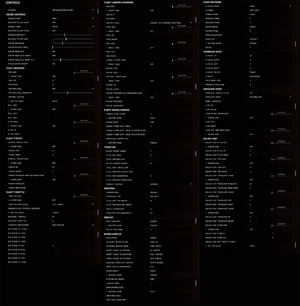 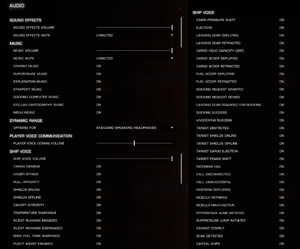 The game uses a hybrid of central servers to process the background simulation, Amazon cloud servers for matchmaking and gameplay transactions, and P2P for real-time gameplay.

On-Foot Odyssey content is shown in a 2D screen within VR. Full VR resumes when entering an SRV or ship.

Permission to dock not granted, but affirmative message given by station authority

This issue is confirmed on Nvidia graphics cards such as an Nvidia GTX 1060 when paired with a Freesync monitor with Gsync enabled in the Nvidia control panel.

Support for 32-bit versions of Windows will be removed in a future update.[9]