Wolfenstein 3D is a singleplayer first-person FPS game in the Wolfenstein series.

Can run on virtually any computer.
Wolfenstein 3D source code was released in 1995, making the game very mod friendly.

A web browser version of the Original Missions is also available. Some legacy options have been removed.

The Mac OS version of the game is basically a port of the console versions (high res sprites, front facing enemies, extra weapons, etc.). However, unlike the DOS version, it was designed for modding; custom levels (referred to as Scenarios) were readily selectable from the episode menu.[2] It should be noted that the Shareware version of the Mac port was known as the First Encounter while the retail version known as the Third Encounter contained ports of the original DOS levels in addition to the console levels; Second Encounter was the standard version.

The release of the source code have helped make Wolfenstein 3D (and it's expansion) playable on modern systems, while adding additional features and bug-fixes.

Fixes the sprites of the game and its expansions and adds missing rotations. 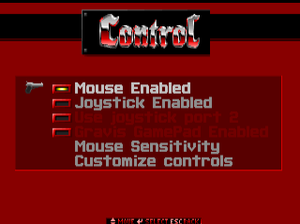 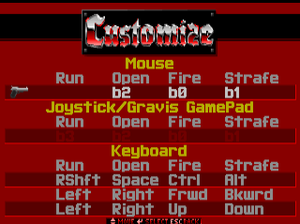 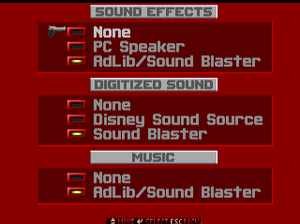 Wolfenstein 3D can fail to detect Adlib (and as a consequence Sound Blaster) support, if the machine is too fast. In the case of DOSBox, this can be triggered if using 20000 cycles or more.