Master servers for the multiplayer were shut down in February 2012. A mod, S4NDMoD, solves this problem by making the game use fans' master server.
Engine is open source with modern ports available; see Source ports.
Active modding community.

A standalone follow-up, Enemy Territory, is available as freeware.
The PS2/XBox port of the game included a prequel mission, Cursed Sands. Additionally the Xbox port featured DLC maps. Currently, there is no known way to play this content on the PC version. See here for more info.

Latest official patch for RtCW single player and RtCW multiplayer. Digital re-release already have the latest version installed.
Both the single player and multiplayer version are separate; they are not confine with each other (version 1.33 and after is only exclusives for muiltplayer).

Since the source code for Return to Castle Wolfenstein was released on August 2010, various engine overhauls and source ports have been created to enhance or modify the game in different ways. 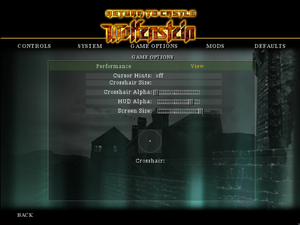 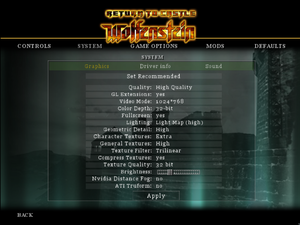 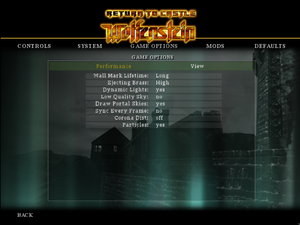 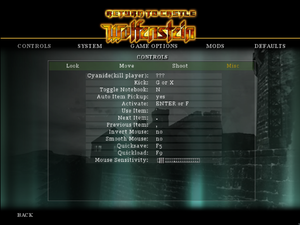 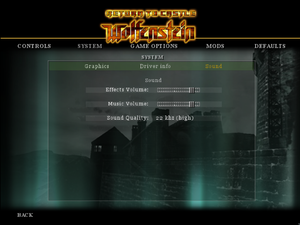 For the retail version, setup won't install the game if the selected disk drive has a capacity of more than 2TB.

Secrets and/or treasures not registered as found[edit]

Observed with GoG version using iortcw 64-bit: Loading the autosave from the beginning of the level and starting over, can help.

Increasing the game resolution above 800x600 causes the upper left corner of the game to take up the entire screen. One reason is that game detects a 3dfx driver (possibly caused by nGlide).

These mods are made by the RtCW community to enhanced the gameplay with modern improvement.

S4NDMoD - Multiplayer-only mod that focuses on fixing exploits and adding necessary features to RTCW multiplayer. A list of features can be found here. Due to the master server being down, this mod is the best solution to make server browser work again.