Wolfenstein: Enemy Territory is a multiplayer first-person FPS game in the Wolfenstein series.

Released as a standalone follow-up to Return to Castle Wolfenstein.
Active modding community. 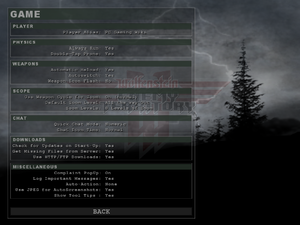 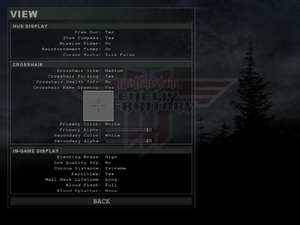 Major open-source game patch (made by community), fixing a lot of bugs and optimizing the game for modern machines (widescreen resolutions, alt+tab minimizing game, etc.), including latest official game patch, so it can be applied on fresh install of the game.

This file is a pre-installed version of Enemy Territory for Linux players created by Psykorgasm from the official Splash Damage forums.

Includes final version of PunkBuster
Requires an etkey.
If you already have a version of ET installed on your system, remove that before proceeding with this one.

Run a mod straight from the executable[edit] 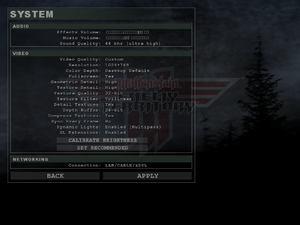 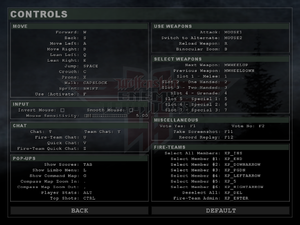 ET crashes upon connecting to a server[edit]

If you're running Mumble, make sure the overlay option is disabled in the configuration.

Server has maps you don't have, but you can't download them[edit]

You have been spamming the chat. Just reconnect, and you'll be fine.

This server is for low pings only[edit]

If a server has sv_maxPing setting set low enough, you may sometimes be kicked upon connecting. Try to reconnect, you usually get through.

Evenbalance stopped supporting PunkBuster for ET in October 2011. Thus, new etkeys will not be generated by the game itself, and new players may find they cannot connect to servers running PunkBuster due to this. There is an unofficial solution at etkey.org. They offer an installer that will install the most recent PunkBuster version and generate a new etkey for you. However, keep in mind the installer is in no way supported by any official entity, and therefore should be regarded with healthy skepticism.

While using the in-game options is much easier, there are many options that cannot be fully edited through the user interface. For example, due to the age of the game, widescreen resolutions have to be set through the in-game console or the config files.

ET saves its settings in the etconfig.cfg file which is located:

This file can be overridden, and it is advisable to do so. To do so, copy the file to etmain (etpro if running etpro) and rename it to autoexec.cfg. ET will automatically look for this file in the etmain/etpro folder and execute it when starting up the game. To modify your config file, either edit the pre-existing console-variables (cvars) within the file or add a new line and enter a cvar and its value.

Copy and paste to your config file

Copy and paste to your config file

You can define your own variables to perform certain actions and multiple actions at once. Here is an example of a script which changes your class and cycles through that class's weapons without having to open the Limbo menu.

The in-game console can be brought up with ~.
In order to enter commands or variables to the console in-game, you must enter the forward slash character / before every command. While in the game menu (not connected to a server), the slash key is not required. These commands can also be added into an autoexec file to make the game automatically set to those parameters.

A full list and explanation of all the possible console commands for the game can be found here.