All versions require Origin DRM. Denuvo Anti-Tamper DRM has been removed as of March 2017.[2] 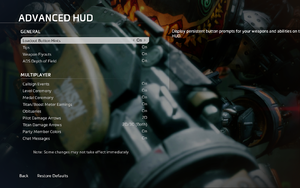 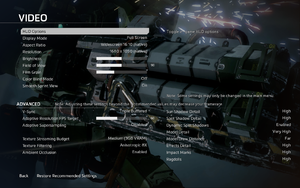 Certain resolutions under Graphics settings may not be selectable even when not using Nvidia DSR or AMD VSR, such as anything higher than 1920 horizontal pixels by 1080 vertical pixels.
Users with NVIDIA graphics cards that support GeForce Experience can use the game optimization feature and configuration in GeForce Experience to update the resolution.

Sadly the EA client (which you need for XBox Gamepass, Origin doesn't recognize EA play / Gamepass) can't change the language of the game.

But you can change the language of Titanfall 2 via hex editor.

Example here: Titanfall 2's language is GERMAN and you want to change to ENGLISH)

Lots of jaggies even on MSAA 8x. This injected form will smooth edges better, and give crisper picture than TSAA. 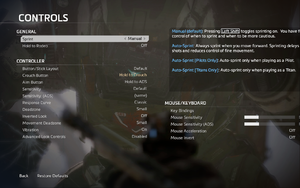 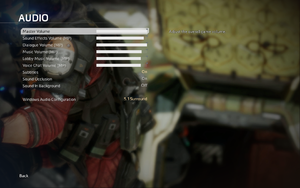 Please note changing video settings in-game will reset the resolution to whatever is selected in the game menu.

Titanfall 2 only lets you adjust brightness, not gamma level.

Because of Desktop Scaling in Windows 10, Titanfall 2 has difficulty running in Full-screen mode and/or crashes when going into Video Settings.

These commands can be bound to any keys, not just f5 and f9, and the save file can have any name, just not savegame as that's the default autosave or checkpoint file name.
Despite "checkpoint saved" being shown upon each quicksave, quicksaving and quickloading is independent from the checkpoint/respawn system.