Mirror's Edge is a sci-fi first-person action game developed by DICE, creators of the Battlefield franchise, and published by Electronic Arts. The game makes use of Unreal Engine 3, as DICE's own Frostbite engine wasn't complete when the title began full-scale production. A lighting system christened "Beast" was developed for the game by Illuminate Labs in association with DICE. The new technology would accentuate the art style of the game by allowing for the reflection of colors as well as light. The title takes advantage of many of Unreal Engine 3's features, such as Nvidia's PhysX physics simulation system, allowing for optional physics effects like detailed debris and cloth, emulating dynamic and unscripted physics.

The game was released on Steam and Origin on January 12th, 2009. The Origin release of the game featured extra DRM, including online activation and a limit to how many computers the game could be activated on, alongside needing to install the launcher to begin with. De-authorization tools have been made officially available.

DLC is only available through the Origin version of the game.
Game performs well for machines that can handle most Unreal Engine 3 games such as Unreal Tournament 3.

An exclusive map was released for PS3 only, though it can be modded in.[3]

Patch 1.01. The Origin and Steam versions are already patched. 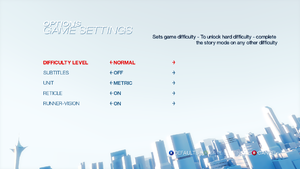 Some details are stored in the registry: HKEY_LOCAL_MACHINE\SOFTWARE\Wow6432Node\EA GAMES\Mirror's Edge\ 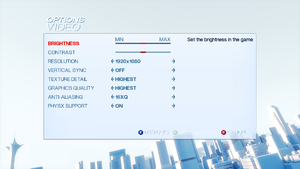 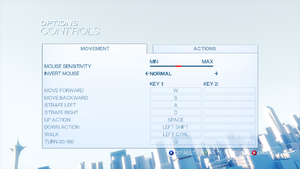 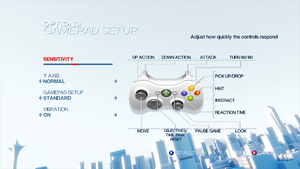 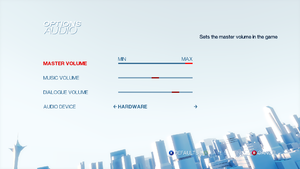 Language can be set manually if needed (see change language).

Game fails to start or crashes after the training area[edit]

Game does not launch on Windows 10[edit]

No sound during cut scenes/FMVs in Windows 7[edit]

Merc's audio cuts off before end of sentence[edit]

Nvidia GeForce 7300 is below the minimum requirements