From PCGamingWiki, the wiki about fixing PC games
(Redirected from Minecraft)

This page is for the Java Edition. For the Windows 10 version, see Minecraft: Bedrock Edition.

Minecraft, later known as Minecraft Java Edition, is a first-person survival sandbox game developed by Mojang and published by Microsoft and relased on November 18, 2011 for Windows, OS X and Linux.

A successor Minecraft: Bedrock Edition was written in C++ and released December 19, 2016.

Active and dedicated modding scene, responsible for many fixes, tools and additional content.
Without mods, likely to perform worse than the Windows 10 Edition on low-end hardware.[2][3]

A free trial is available.

The Windows version of Minecraft includes Java (used for Minecraft only). Installing Java manually is not necessary.
Minecraft benefits from using the latest version of Java. Using 64-bit Java on 64-bit operating systems is strongly recommended.[6]

The official launcher allows to easily allocate RAM and set other Java arguments. The manual methods are detailed below. 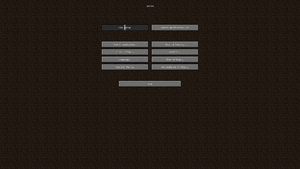 The server save is stored in world in the root directory of the server.
Saves are not compatible with Minecraft: Bedrock Edition.[7] 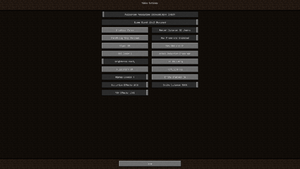 Dynamic FOV can be disabled in Minecraft 1.16+ in Accessibility Settings. 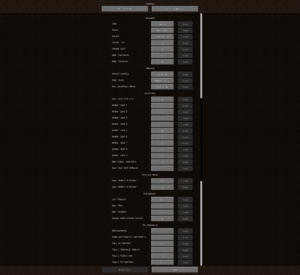 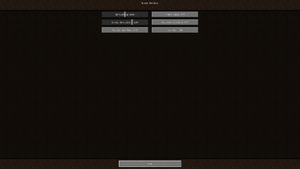 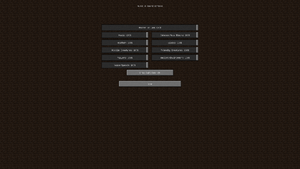 Localization is done by the community via Crowdin. An up-to-date page of all supported languages can be found here

A few joke "languages" are available as well, such as Pirate Speak, Shakespearean English, Klingon etc. 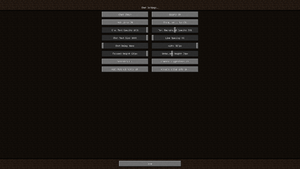 Minecraft is not available through SteamOS, but can be installed manually. Minecraft can be played through a launcher such as PolyMC (a fork of MultiMC).

Mojang has created an Official Bug Tracker that can be used to find or report bugs.

PowerPC support was retired with version 1.6.