The official multiplayer service is no longer available on PC.[1]

All the patches for the game can be found here.

The only official map pack for the game, it includes all the content from the Xbox 360/PlayStation 3 DLCs ("Player's Pack Red Edition" and "Player's Pack Black Edition", 10 maps total). It can be downloaded from PCGamingWiki.

Ambient noises will not play on the extra maps.
Doesn't support Polish fonts. 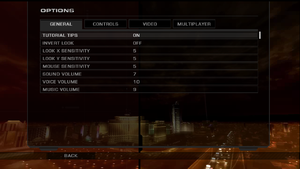 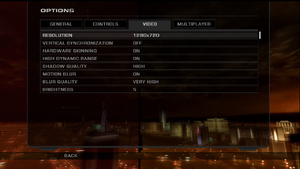 This removes the bloom/haze but retains the thermal/night vision and other blur effects. 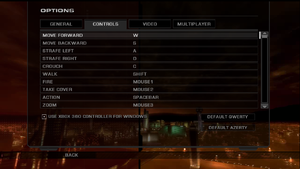 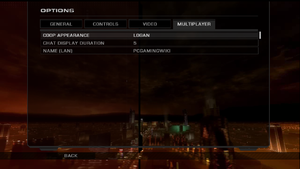 The game will not start through the launcher on some systems.

HUD is in the middle of the screen (as if on a 4:3 display) on widescreen resolutions[edit]

The widescreen HUD in the fix is a leftover file from the Xbox 360 version and it causes the bugged cover sniper aim along with the UI shift to the left when used.

The game uses the modified bullet collision config adopted for the pinpoint mouse aim accuracy even when the controller is active.
No actual gameplay benefits with restoring it when not playing on a gamepad.