Better optimized than the original.
Features models and textures with higher detail than the original (in some places tessellation is toned down, though).
Default mouse sensitivity contains multiple issues; use Metro Mouse Fix.
The game's lighting differs from the original due to increased brightness in all dark areas and the utilization of exposed lens-flares for light sources.
The macOS (OS X) version of this game, available on Steam, does not work on macOS Catalina (version 10.15) or later due to the removal of support for 32-bit-only apps. AppStore version is not affected.

Alternative You can press alt+tab and go to desktop then enter the game again, it will skip the intro videos 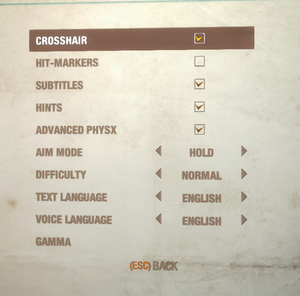 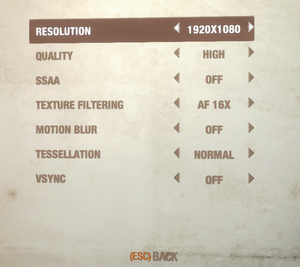 Fix Diary notes not being saved

If you have this issue, make sure your user.cfg file is not set as read only.

Some users have encountered issues such as not being able to set their native resolution; the game resetting their chosen resolution to a lower one; or the game's maximum available resolution being lower than their monitor's native resolution.[4] Such cases may be caused by the presence of multiple monitors attached to the computer, or attempting to play the game on an attached TV where larger resolutions may not be available. Possible solutions include unplugging any extra monitors[5] or setting the multi-monitor display mode in Windows to "Computer Only". 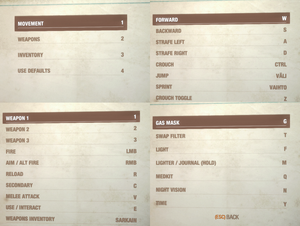 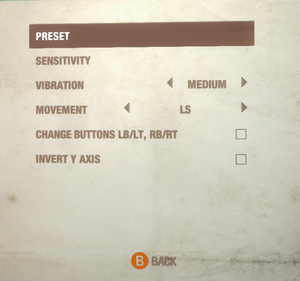 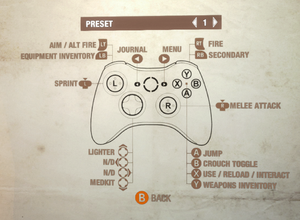 For some players, knocking out or stealth killing enemies is impossible on and after the Bandits chapter.[7][8][9]

Metro: LL Redux sometimes has problems with multiple monitor setups, even if the game is only running on one of them.[14]