Lego Star Wars: The Skywalker Saga (sometimes abbreviated as "LSW:TSS" or just "TSS") is an open world action-adventure game featuring Lego-styled reinterpretations of the nine Star Wars "Episode" films. It is the first and only game run on TT Games's in-house nTT engine.

The game was officially announced at Microsoft's E3 2019 press conference, suffering several delays before finally being released on April 5, 2022 through Steam and the Epic Games Store. The game launched to critical praise and mostly positive player reviews, citing majorly improved graphics over its predecessors and attention to detail.[3] Most complaints regarding the game concerned a lack of a field-of-view setting and inconsistent performance.

On PC, there is an active small but growing modding community for all of Traveler's Tales's Lego video games, based primarily around a Discord server. Despite a brand-new engine, the community already managed to modify the game (by replacing characters and sounds, for example).

On September 10, 2022, Traveller's Tales announced the "Galactic Edition", which adds six more character packs to the game. It launched on November 1, 2022. 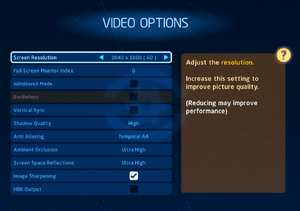 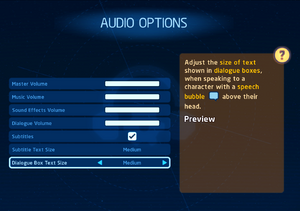 Text and audio language can be selected independently.
A "Mumble Mode" is available in-game, which replaces all spoken dialogue with grunts and mumbles.

Lag/stuttering in certain areas of the game

This section may require cleanup to meet basic quality standards. The specific problem is: The RRU guide is outdated compared to the one on the Engine:Nu2 page, and there some additional quirks involved for nTT, such as how DLC works. Also, DATManager is significantly faster at extracting this game's files, and should be recommended instead.. You can help by modifying the article. The discussion page may contain useful suggestions.

See the beginners setup guide for instructions on how to configure the game for mod support. This specific version of the ttgames.bms script is required to extract the files.
Requires the game executable to be patched. This does not remove any DRM.
Setting up mods in this method requires extracting the game's .DAT files, which noticeably increases file size, increases load times, and may disable achievements.
An easier method to install mods has surfaced with the LEGO Star Wars The Skywalker Saga Script Hook.
However, most mods made with the script hook in mind require all DLC to be installed. In addition, the script hook currently doesn't work with the most recent version of the game.