The game lacks an FPS limiter and causes problems when playing at frame rates higher than 40 FPS. See Gameplay issues to fix this issue.

Lego Star Wars: The Video Game is a singleplayer and multiplayer cinematic camera action and adventure game in the Lego Star Wars series.

Not sold digitally due to the release of The Complete Saga containing this and the next game's content together.
A demo is available.

* is the save slot number starting at zero. 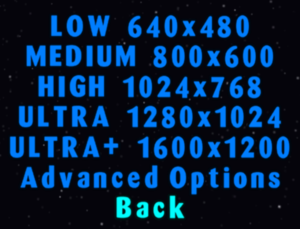 Advanced video settings; only available after booting into a save game at least once[Note 2] 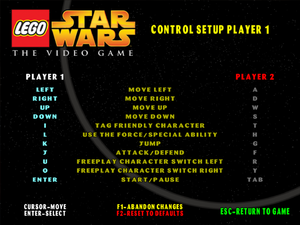 Problems may happen in-game. The problems are, but aren't limited to: reduced jump height, not being able to travel to the next area, and AI not being able to jump. If these problems happen, you're likely playing the game at a frame rate higher than 40 FPS.[citation needed]