This page is for the original game. For the 2021 remaster, see Total War: Rome Remastered.

Rome: Total War is a singleplayer and multiplayer bird's-eye view and free-roaming camera RTS and TBS game in the Total War series.

SafeDisc retail DRM does not work on Windows Vista and later (see above for affected versions).
All product keys activate on Steam.[1]
Included with every purchase of Total War: Rome Remastered.
Free demo versions are available from GameFront: base game, Barbarian Invasion.

The Gold Edition is already patched to the latest version. 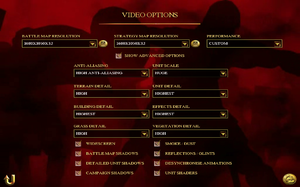 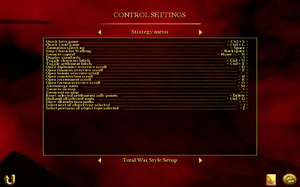 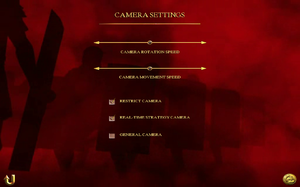 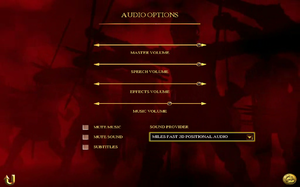 You have installed Rome Total War on a 64-bit system, but there is a bug in the installer which installs the game files in the wrong location by default. The incorrect default location is C:\Program Files; the correct location to install these files is C:\Program Files (x86). To fix this uninstall Rome Total War and all its expansions and patches, then freshly install the game again, making sure to installer selects "C:\Program Files (x86)" to install the game to. Warning: uninstalling the game and its expansions and patches will delete any saved games, the save game data folders should be copied to another destination and replaced after the fresh install.

This issue is common with the Steam version of the game, with the error window appearing when attempting to launch either Rome: Total War or the expansion Barbarian Invasion.

Note that these fixes have been reported to work for some but not others.

Europa Barbarorum is a total conversion modification. The modification affects all areas of RTW; all vanilla units have been removed, all new models and textures, a new economic system, new traits system, new scripts, and in general new gameplay. No area of RTW is left untouched.

Support for PowerPC processors was briefly added in a patch before being removed later.