Multiplayer is not cross-platform.[1]

All Windows and Linux versions require Steam DRM
Empire: Total War - Gold Edition comes with the base game and all the expansions/DLC released for it

Save games can become fairly large over time. Enabling NTFS compression on Windows for the whole save games folder is advised.[citation needed] 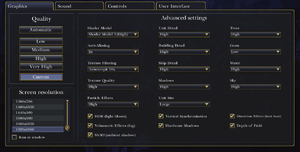 To lock the cursor to the game you can use Clip Cursor or CursorLock. 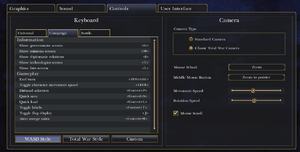 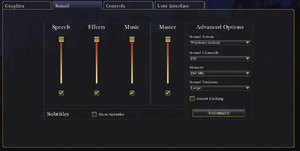 Selecting a ship crash the game[edit]

The exact reason is unknown, but it seems that when you select and/or move a fleet consisting of only highest-end ship of the line and you have researched "Top Gallants" upgrade,[3] the game will crash to desktop. Merging a Brig or a Sloop (the ships with the lowest move points) to the fleet seems to solve this bug, by reducing the distance the higher ships can travel.