Engine is open source with modern multi-platform ports available; see Source ports
Active modding community.
The Microsoft Store and Steam versions lack the soundtrack, but this can be fixed.
Vanilla Quake II sometimes has trouble running on modern machines. It is recommended to use one of the numerous Source ports.

A demo is available. Can also be installed via Steam: steam://install/9130.
A faithful higher quality icon can be found on Archive.org.
The native Linux version has been ported by both id Software and Macmillan Digital Publishing. The Ryan C. Gordon "Icculus" version can be downloaded from this page, which includes both binary and the source code to compile the software with specific settings.
This game can also be played on OS X and DOS using a source port.
GOG.com's launcher for Quake II is fully customizeable by editing Q2Launcher.ini allowing you to add more mods or even modify the exe files the launcher should use. 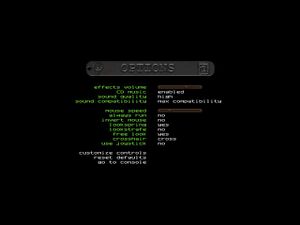 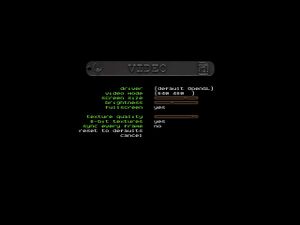 Saves not working in 'The Reckoning' and 'Ground Zero' (GOG.com version)[edit]

The music plays directly from the CD so the Steam and Microsoft Store versions unfortunately lack it. Try applying the Ultimate Quake II patch mentioned above.

Microsoft Store version requires enabling mods.
GOG.com version does not require this method, as the whole soundtrack is in OGG format, which the game was modified to use it instead.

Windows Vista and 7 can have issues with displaying true colours in Software mode
This issue does not occur on Windows 8 and later.
See rainbow color problems in older games for further details.

Game is uncapped in software mode[edit]

Unpatched game in software mode comes with no fps limit which causes it to run at high fps and causes physical problems official patch 3.20 fixed this problem by adding 83fps limit to software mode.

"No Input arguments" when running the launcher (GOG.com version)[edit]

Play the expansions with KMQuake II[edit]