Cannot use Alt+Tab ↹ while in-game (Alt+Ctrl+Del works, but maximising may cause crash). As a workaround, pressing Alt+↵ Enter will make the game windowed, which will allow using Alt+Tab ↹.
The Linux port is an incomplete conversion.

The unofficial patch 1.0 fixes some visual bugs, restores cut content, and restores German conversations and greetings that were missing. It is available on NexusMods and ModDB.
The HaZardModding Co-Op mod allows players to play the original campaign in co-op. It requires the Breakthrough expansion for scripts compatibility; Spearhead and Breakthrough campaigns are still being adapted. Tested only on GOG.com Warchest edition.

Configurations, which include Level and medal unlocks, are not saved, and are deleted with uninstall. 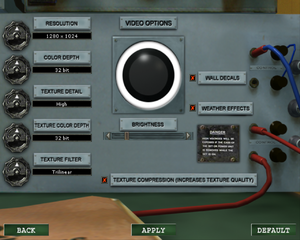 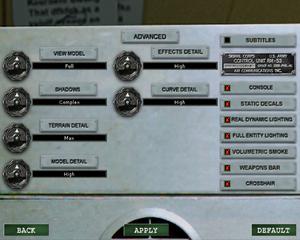 Default value for the (Horizontal) Field of view for Medal of Honor: Allied Assault is 80 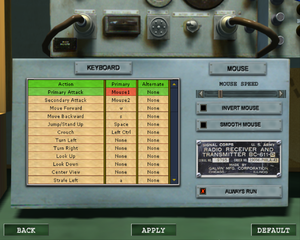 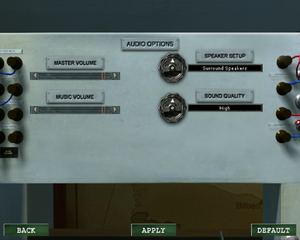 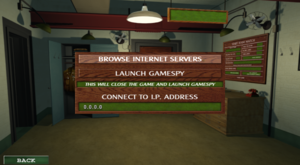 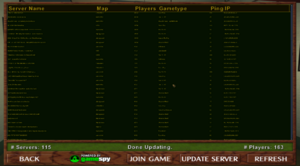 Despite what the SDK says, IPX protocol is not supported

Graphics settings are lost each time when starting game[edit]

"GLW_StartOpenGL() - could not load OpenGL subsystem" error message on startup[edit]

There is a bug in the game where the device string provided by newer GPU drivers is longer than the game expects, likely causing a buffer overflow.
Many GPU drivers have workarounds where they trim the string sent to MOHAA.exe, negating the problem.
However, this workaround was only put in for the base game, not it's expansions.[12]

Some mouse precision issues may be caused by the games' incompatibility with high-polling rates of modern gaming mice. The first fix is recommended.

If you are experiencing scaling issues, it can help to change the DPI settings of the game executable.

This performance issue can occur with newer graphics cards supporting OpenGL 4.0 and newer. It is most common on Windows Vista and newer.
Fixes nearly all performance problems in Spearhead, when FPS might go down 8 FPS in the first level.
Doesn't help for Breakthrough. Curve detail setting can be lost on restart. Game can crash on settings save, sometimes can be fixed when you press default button, and make changes afterwards.