DLC is not directly accessible from the main menu.
Editing .ini files prevents Dunwall City Trials scores to be posted to the leaderboards.[1]
Generally regarded as a high-quality PC port.[2][3] 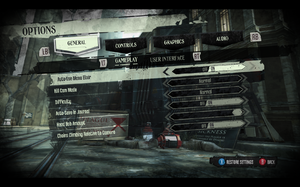 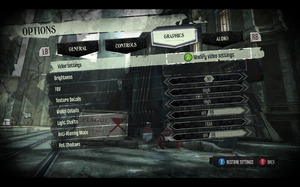 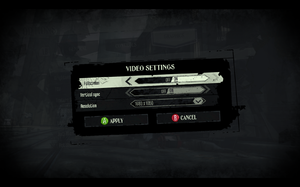 If your game crashes performs this method, just delete version.dll and fov.ini in <path-to-game>\Binaries\Win32\ 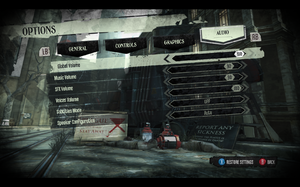 The Knife of Dunwall: Crashing during the third act[edit] 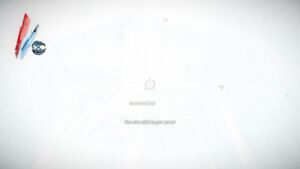 Controller hotplugging does not work[edit] 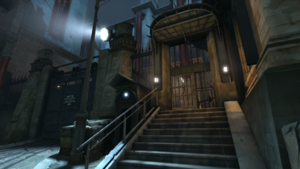 Opening the gate behind Overseer Martin during the "High Overseer Campbell" mission will trigger a bug with the main objective: High Overseer Campbell and Captain Curnow cut off their conversation too early, and everyone in the waiting area becomes alerted and rushes into the meeting chamber. The mission can still be completed, but several ways of solving the main objective are automatically failed.[19][20]

Although official system requirements show Windows Vista as a minimum, the game does run on Windows XP.[21]