The latest retail patch is v1.02 (you must install v1.01 first). The German version has a separate patch (this includes v1.01). Not necessary for Steam version.

Significantly improves stability on 64 bit systems with at least 3GB RAM by allowing the application to use more than 2GB RAM. Resolves the "Out of Memory" errors. Use it on the mm.exe in the game directory.

The number of corpses per level is limited to 2-4, so if you kill new enemies the old bodies fade away. To increase this number, follow this guide or download directly from Nexusmods or Mod DB.

Only works for the Steam version. 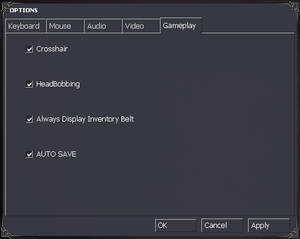 Video settings are stored in HKEY_CURRENT_USER\Software\Valve\Source\mm\Settings 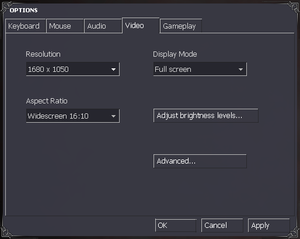 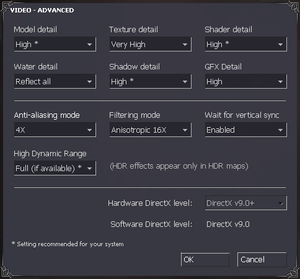 In the autoexec.cfg, insert the following to set a key (in this example "x") that can turn the HUD on and off: 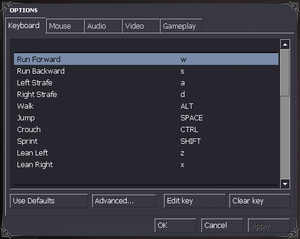 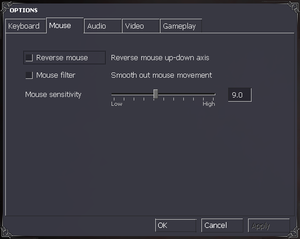 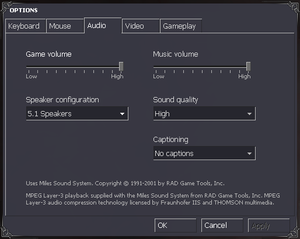 FOV lowers after using Ballista at the start[edit]

Because the SteamPipe update converted the game to a new format, certain glitches may appear - most common of which is black screen on start-up.

A few issues can cause this error.

Crash when exiting the game[edit]

If this bug appears, it usually happens when loading chapter 4.

Xana speaks German in a Russian version of the game[edit]

Steam and retail versions of the game install the "AZERTY (French)" keyboard layout, which can't be deleted with normal means because it doesn't show in Language options.

Since the game is using an obsolete version of the Source engine, the only way to set its language is by changing the language of Steam itself.

Only the Steam version is currently supported.