The GOG.com version includes the Tales of the Sword Coast expansion as well as improved compatibility with modern versions of Windows.

BG1Tutu allows the importing of Baldur's Gate files into the Baldur's Gate II: Shadows of Amn engine. Refer to that page for further details.

Unfinished Business is a mod that restores missing and cut content from the game's release. Available both for the original version and for the Enhanced Edition. List of all changes here. 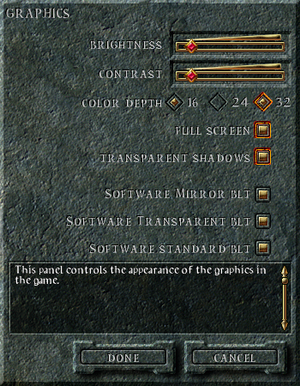 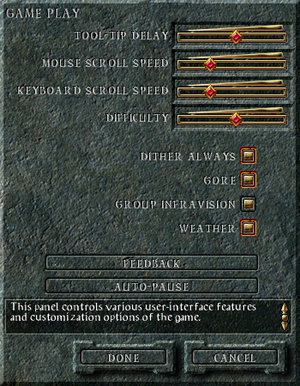 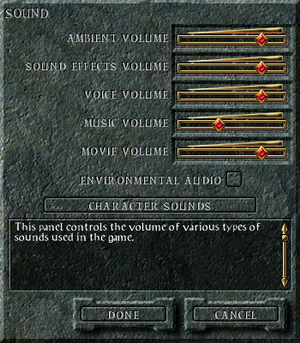 Try hitting the stuck key again or using Alt+Tab ↹ to switch away from the game.

The game will crash if the paths in baldur.ini are too long. Try to install the game on a lower level of the directory tree if you have this problem.

Flickering in menu and in-game[edit]