Premium Modules from the BioWare Store require an internet connection at launch[2], however the authentication server has been shut down as of 2011; Use Premium Module Offline Authenticator Generator. Diamond Edition and Enhanced Edition modules do not require this.

A free demo is available from Archive.org.

Premium Modules were previously only available through the BioWare Store (excluding Kingmaker, Shadowguard and Witch's Wake).
BioWare Store DLC is not available on OS X.

NWN Critical Rebuild 1.69 updates the game to the latest version.
The GOG.com version indicates it is patched to 1.69 but often has issues which the actual 1.69 Critical Rebuild will fix.[citation needed]

The NWN Community Patch is a collection of miscellaneous tweaks/fixes/adjustments above and beyond the official 1.69 patch. It mainly aims to fix various small mistakes that persist in the game even past the final official patch, so it can be suggested (though isn't absolutely necessary) for anyone. Many of the fixes work on their own with the base game, and as such do not require any additional modules/addons to see a benefit, though there are many usability adjustments that help with extended modules.

The Community Enhancement Pack adds a wide variety of new items, clothing, and features, such as rideable creatures. Note that these are mostly used for building new modules/content, or used in conjunction with downloaded fan-made modules that require this content. As such, there is little if any reason to download and install this pack if you aren't interested in expanded modules. 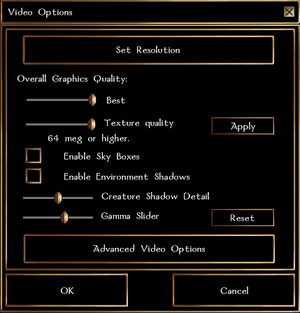 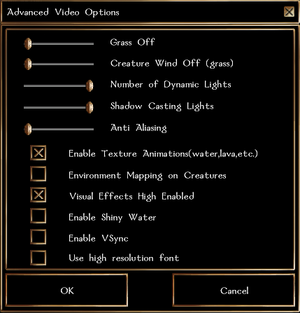 Running the game in windowed mode may make the game work significantly better. 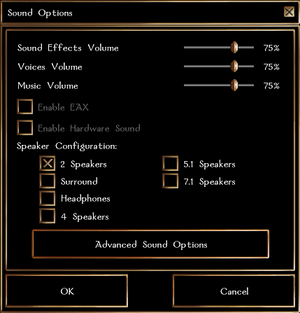 Try the following if the game won't start for some reason, or crashes shortly afterwards.

Multiplayer on the GOG.com version

When you initially download Neverwinter Nights Diamond from GOG.com, it does not initially support multiplayer as it does not come with a valid multiplayer CD key.
The 2nd December 2016 Update includes the CDKey Changer Tool.

Neverwinter Nights does not run well on modern hardware and systems, and you may experience crashes or stuttering without properly preparing your game. Here are a list of fixes you may want to try. These were all tested on Windows 7 64-bit but may work for other systems.

Errors or crashes when starting game

Videos don't play, or you can only hear sound

The original BioWare Store has been shut down. Previous owners can still download the Premium Modules manually.[18]
Use the Zip links for Linux; either will work for Windows.[2]