Difference between revisions of "MechWarrior 5: Mercenaries"

Modding is supported with an official Mod Editor tool, which requires a valid game purchase on the Epic Games Store. Mods can be hosted and downloaded through the related page on Epic Games Store, accessible from the launcher. Nexus Mods also has an active modding scene.[8] 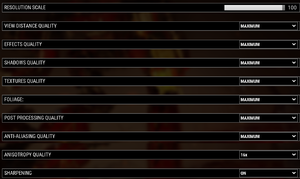