The Digital Deluxe version includes a 25th Anniversary Digital Soundtrack and access to four post-launch DLC packs.
The Platinum Edition bundle includes the base game and the DLC content that was not part of the New Frontier Pass.
The Anthology bundle includes the base game and all DLC, including the New Frontier Pass and Leader Pass content.
The Mac App Store version is single player only.

A 2K Account (formerly my2K) can be used for save synchronization. 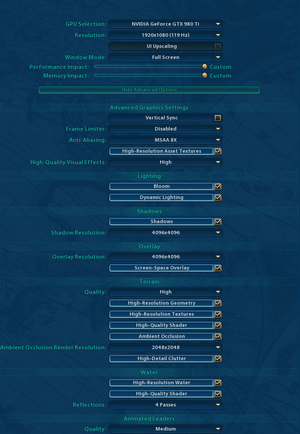 If your game crashes immediately after launching it you can try changing your launch options to: LD_PRELOAD=/usr/lib/libfreetype.so.6 LD_LIBRARY_PATH=/usr/lib/openssl-1.0 %command%

Should that not work, you can try this instead: LD_PRELOAD=$HOME/.steam/steam/ubuntu12_32/steam-runtime/usr/lib/x86_64-linux-gnu/libfontconfig.so.1 %command%

If you use Wayland, you might also need to set QT_QPA_PLATFORM=xcb for the launcher to work.[9]