From PCGamingWiki, the wiki about fixing PC games
(Redirected from Quake 3)

A demo is available. Can also be installed via Steam (allow Steam popup).
A faithful higher quality icon can be found from IconArchive.
Only Gamesplanet and Microsoft Store versions are available in Germany.

Quake III: Gold includes the base game along with the Team Arena expansion.
The original, closed-source versions of the game still work for online multiplayer. Many users may prefer to use more recent, improved engines based on the source code release.
id Software launched a free-to-play browser-based port of Quake III titled Quake Live, that has since migrated to Steam and is no longer free-to-play. Most players have migrated to this service to continue playing, as it adds new features and game modes, and improves compatibility with newer systems.

The unofficial update for Quake 3: Arena and Team Arena expansion, which fixes a lot of menu, texture, sound and script errors left by original developers.
Supports source ports and it's recommended to use those to play on this patch. 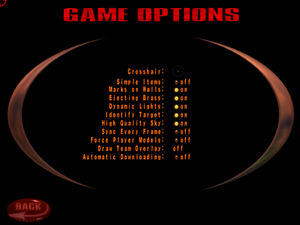 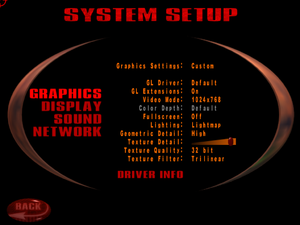 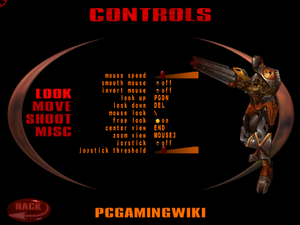 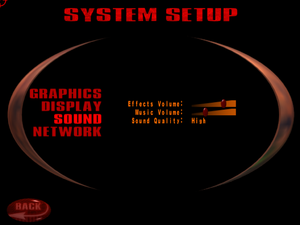 Write the CD key in lowercase.

By default, Quake III Arena has brightness issues and may appear very dark, with the in-game brightness settings having no effect.