For the original release, see Need for Speed: Hot Pursuit.

Need for Speed: Hot Pursuit Remastered is a 2020 remaster of the 2010 racing game Need for Speed: Hot Pursuit originally developed by Criterion Games. It is the first game in the Need for Speed series since series publisher Electronic Arts moved the series license back from Ghost Games (now EA Gothenburg) to Criterion. The remaster was primarily handled by Stellar Entertainment, who also handled Burnout Paradise Remastered, with Criterion's assistance. It features all the content from the original game (except for three cars due to licensing issues), plus all the content-expanding DLC from the original PlayStation 3 and Xbox 360 releases, and various improvements including the ability to set custom colors and create custom wraps for Racer cars.

The game was released for Windows on November 6, 2020.

All versions require Origin and Denuvo Anti-Tamper DRM.
The "Polizia" livery of SCPD's Lamborghini Gallardo LP 560-4 has been replaced with a simplified design (Due to the Huracán having already officially replaced the Gallardo in the real-life Italian police by the time of this game's release).
All downloadable content (sans the Timesaver packs), which are not available for PC version of the original game, are included in Remastered.
Remastered features much more detailed graphic settings than the original game.
Based on the original Xbox 360/PlayStation 3 ports, using their lower resolution textures.
Because of licensing issues, Carbon Motors E7 Concept and both the 722 Edition and Stirling Moss models of the Mercedes-Benz SLR McLaren are removed in Remastered. Carbon Motors shuttered in 2013 without ever having produced a production model, while Mercedes-Benz has since sold off its stake in McLaren and is now a direct competitor (cars made by either one company still appear in Remastered). 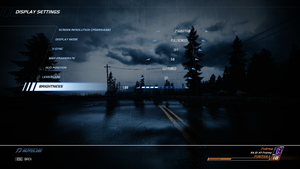 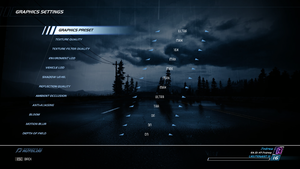 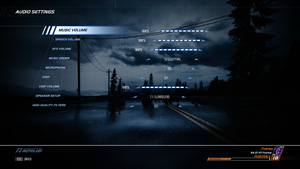 Use the 1080p FMV cutscenes instead of the 4K ones[edit]

Restores the higher resolution textures of the original PC release.