This page is for the remaster of Mafia II. For the original game, see Mafia II.

Mafia II: Definitive Edition is a singleplayer third-person action, shooter game in the Mafia series. The game is a remaster of Mafia II which contains some graphical upgrades, and is remastered by D3T and published by 2K Games.

Mafia II: Definitive Edition was released May 19, 2020 on Steam and later on Epic Games Store on September 25, containing all the DLC from Mafia II. Previous owners of Mafia II on Steam were automatically given this version for free, and the original Mafia II was renamed to Mafia II (Classic) in the Steam Library.

Compared to the original, the game lacks support for Windows 7[1] and Windows XP, although a workaround exists for Windows 7. 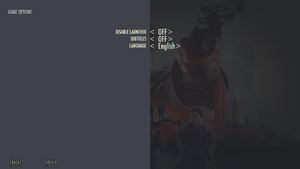 Saves from the original game are supported and their migration was fixed in June 18, 2020 patch.[5]
The path for saves cannot contain non-English characters. See Savegame issues. 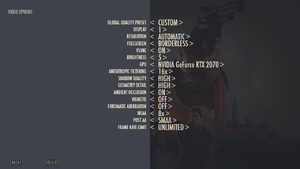 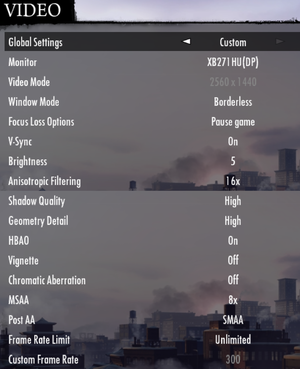 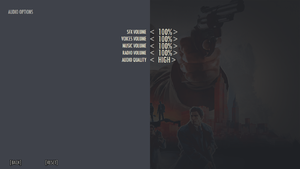 Game doesn't offer the option to have audio and subtitles in two different languages. Useful if you don't like the dubbing in your language.

You may encounter an infinite loading screen in the chapter Stairway to Heaven after the cutscene where you pay back Bruno if you raised money by holding up stores.

Gameplay FOV may change after loading from a checkpoint or restarting the game and loading into a mission.[12]

Characters close their eyes in cutscenes when their eyes are normally suppose to move with some not even moving or blinking at all. Movements are choppier, more robotic and awkward and limbs can clip into the torso of the characters and twist around unnaturally. Cutscenes can even be black with only audio or repeat indefinitely.[citation needed]

APEX PhysX effects work properly except the cloth physics in the main game. APEX PhysX works well in the DLCs and with DLC clothing.

The game was compiled to use most modern xinput1_4.dll, which is not available for Windows 7. However, it's still possible to use earlier version of xinput library as a workaround.