This page is for the original 2010 release. For the remaster, see Mafia II: Definitive Edition.

Previously known as Mafia II, but was renamed on Steam to Mafia II (Classic) on May 19, 2020 to avoid confusion with the remaster.
Some licensed music tracks have been removed in 2016 Steam re-release and later digital releases. See Restore original music.

A free demo for the classic version can be downloaded on Steam: steam://install/50280.

Some licensed music tracks have been removed in June 2016 Steam re-release and later digital releases.
Steam copies activated before June 2016 are unaffected. All GOG copies are affected. 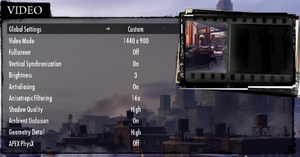 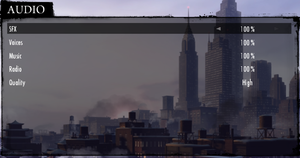 "PhysX SDK not initialized. PhysX System Software will be installed"

Users with ATI/AMD cards may experience screen flickering while playing the game. Fixing this could highlight screen-tearing.

Joe's apartment door will not open in A Friend of Ours

In the chapter A Friend of Ours, after Joe finishes his phone call, he starts walking into the door. There is no way to open the door and leave the apartment.

An infinite loading screen may occur in the chapter Stairway to Heaven after the cutscene where the player character pays back Bruno if the player raised money by holding up stores.

Game stuck in slow motion while being pursued by the police

Playing at over ⁓100 FPS results in a bug where the game is permanently put in slow motion when police become hostile.