Compared to the PlayStation 4 and 5 versions, the PC-version might be missing some particle effects.[4]

God of War is a singleplayer, third-person, ARPG, adventure, action game, featuring action oriented hack and slash gameplay and a strong narrative, made by Santa Monica Studio and published by PlayStation. God of War is a sequel/reboot in the God of War series, and uses a proprietary engine.

God of War was first released on PlayStation 4 on April 20, 2018, and was later released on PC on January 14, 2022. The PC version has several features over the PlayStation 4 version, featuring high frame-rates, ultrawide, and high-resolution-support, although with a missing features such as no way to disable TAA and no FoV slider. The launch was considered a success, with the player-count reaching a peak that surpassed other ports that have been released.[5]

PS4 savegames can be imported for New Game+ at least[6] 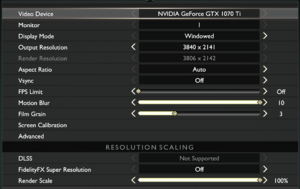 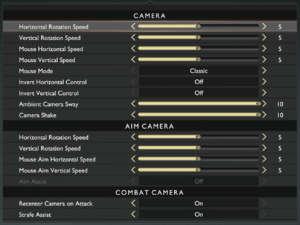 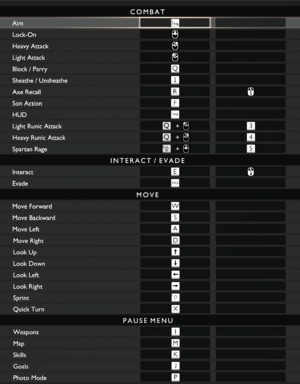 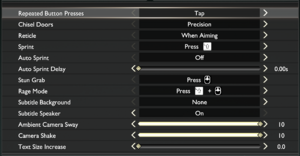 The game engine seems to expect a new controller "Input Report" at every in-game frame. If the Input Report is not received in time the engine interprets as if the user released all buttons/sticks/triggers until a new one has been received. This means that if the controller is not "communicating" faster than the time delta between frames, the player may see buttons being "released" on their own then pressing themselves again, sporadically or frequently.

The game OS requirement can be lowered to Windows 7 with a patch (update the built-in DXVK wrapper if necessary). Not recommended as Windows 7 GPU-drivers are unsupported now and running the game on an unsupported platform can lead to bugs and instability.