The PC version was pulled from stores on June 24, 2015 due to being released in a poor state,[4][5] reworked and re-released on October 28, 2015,[6][7][8] and continued to see additional development through early 2016 which brought various performance and stability improvements as well as bugfixes.[9][10][11][12]
Following the re-release and subsequent updates, it was announced that the game would not see the originally planned Mac and Linux versions.[3]

Because Batman: Arkham Knight heavily uses Nvidia PhysX, you can get a considerable framerate improvement by disabling SLI in the Nvidia control panel and assigning your second GPU to be dedicated to PhysX. The game does not support SLI anyway, so at least with this tweak you can get a sort of 'semi-SLI' mode going. This should increase the framerate by around 25%, similar to a SLI profile with poor scaling. 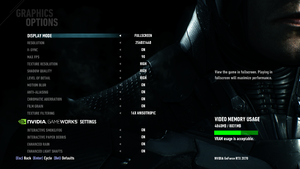 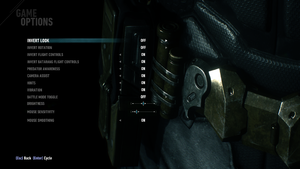 Game's implemented solution uses a temporal filter which reduces clarity of textures and can disorientate some users. This injected form is crisper and gives much smoother edges 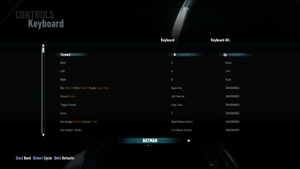 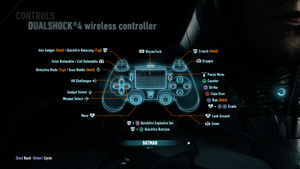 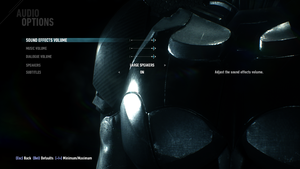 While able to do the "disarm and destroy" for Batgirl while using a gamepad, this move is unusable with a keyboard, as it has no button associated with it. This fix restores it for keyboard users as well as critical strikes for all three DLC characters (Harley Quinn, Batgirl, Red Hood).

A 64-bit system is required.
For ultra setting the publisher lists an Nvidia GeForce GTX 980 and 4 GB of VRAM as the minimum requirement.[21]
The recommended requirements are only for 30FPS, not 60+ as most would expect.