The latest retail patch is v1.3 for both Windows and OS X. Digital distribution versions are at v2.0+. 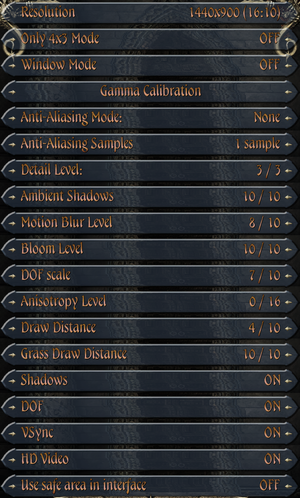 Mouse is unusable if controller is present. 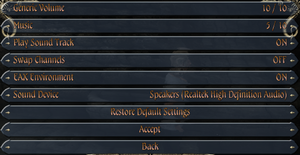 Some TVs and other non-standard displays will not show the entire image so UI elements may get cut off. Two Worlds II has a built-in feature to counter this.
If possible disable the cropping behaviour in the display's own settings first (see Overscan for details).

In the 2.0+ versions of the game there's a bug with the LOD on higher view distances. It's noticeable on the mountains in the Savannah and near the ocean. This can be fixed by increasing the margin for when adjacent level cells get loaded.
This fix can cause crashes in the Shattered Embrace DLC. Simply remove the lines or rename/delete the AutoexecGame2.con file if you experience this.