Thief: Gold includes extra missions, bug fixes, and some other enhancements, but makes controversial changes to existing missions that tone down supernatural themes and otherwise alter the perception of characters.

NewDark is an fan-developed update patch to the Dark Engine that let Thief: The Dark Project / Thief: Gold runs on modern systems.

Can be applied alongside TFix for additional improvements. Later versions of TFix also have NewDark pre-installed.

GoldToDark is a "downgrade" community patch for Thief Gold that will revert most changes made in Thief Gold into a version more like the original Thief: The Dark Project.

This must be used on a clean installation of Thief Gold.
TFix can be installed thereafter and should correctly detect that you are using The Dark Project instead of Thief Gold.

TFix is an "upgrade" patch that updates the game with NewDark, which improves compatibility for modern systems.

Features many mission fixes and optional texture mods.
The GOG release has an out-of-date, lite version of this patch. It's recommended that you update the TFix Lite, which does not have texture mods and mission fixes or install TFix.
Unlike the GOG release, the Steam release does not use TFix.
Restart the current mission (or progress to the next one) after patch installation. Otherwise you may encounter various issues, such as torches that don't properly go out when extinguished. 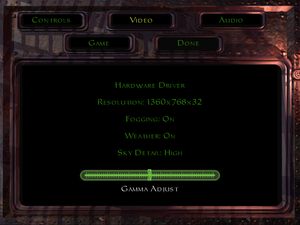 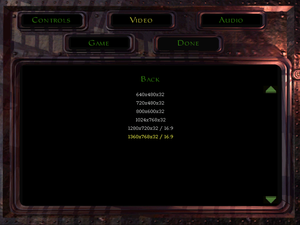 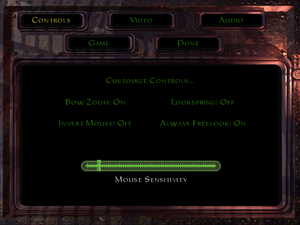 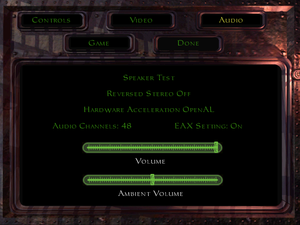 Gamma slider has no effect on gamma/brightness[edit]

Owners of the original disc version may encounter problems when attempting to install on modern operating systems.[4]

Standalone FM loader where you can manage, install, and play all of your FMs in one place.
Supports Thief 1, Thief 2, Thief: Deadly Shadows and System Shock 2.
Well maintained and open source.

A large number of Fan Missions, many of very high quality, have been produced for the Thief games.

A categorised list is available here.
Some of the older FMs for Thief Gold and the Dark Project suffer compatibility issues when played with TFix/NewDark. An ongoing effort to preserve, test and fix these missions has resulted in a series of patches.

Enhancement Pack 2.0
An updated version of the original Enhancement Pack (which is included in TFix and is much less comprehensive). This contains higher-quality reproductions of original textures and objects. Also works with Thief II: The Metal Age.

The Necro Project
Very similar to the Enhancement Pack 2 but focuses on giving the game a slightly darker, noir look. Somewhere between the EP2 and HD Mod in lore accuracy. Also works with Thief II: The Metal Age.

Thief Gold HQ Paintings Pack (mirror)
Standalone addition of the ESRGAN mod for Thief Gold and Thief II: The Metal Age. All paintings from the game being manually recreated using real-life originals from online galleries in HQ 1024x1024 resolution. Could be used with any other modifications.

AM16's Thief1 Fixed
Fixes many issues in the original maps, such as misaligned textures and bugs, no changes to gameplay have been done.

ESRGAN Video Pack (mirror) 60 FPS version
Provides AI upscaled cinematics with 320x240->640x480 size enhancement and 15 to 30 or 15 to 60 fps conversion with filtering compression artifacts of the original videos. Requires TFix to work. It's a part of the Thief Gold ESRGAN Texture Pack, but can be installed standalone.